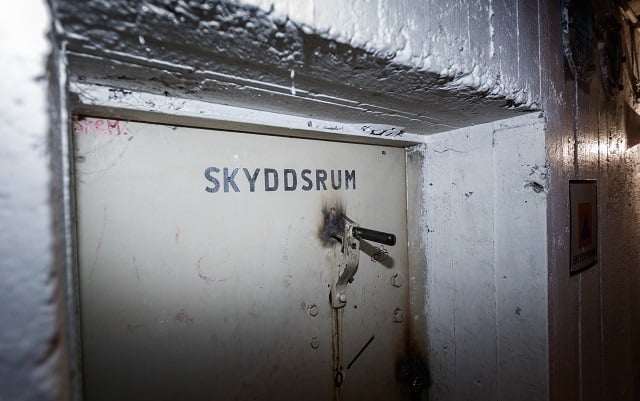 The country currently has 65,000 shelters with space for seven million people in the event of an attack.

But it has been 15 years since new shelters were last built, and the population reached the ten-million mark earlier this year, so the country needs to bolster its protection, according to the agency tasked with ensuring Sweden is prepared for a potential attack.

The report, which was put together at the request of the government, recommends that more bunkers with space to shelter a further 50,000 people should be built over a ten-year period starting in 2019. The project is expected to cost two billion kronor, according to the MSB.

The areas set to be prioritized are Stockholm, Norrbotten county in the far north, the island of Gotland, and the Öresund Region encompassing Malmö.

As well as building new shelters, existing ones are in need of refurbishment, at an estimated cost of one billion kronor. This will include improving ventilation and updating respiratory equipment available to the population, for example.

Sweden's shelters are housed in residential buildings, office blocks, and some more unusual locations. They are designed to protect residents from “all weapons that could be used”, according to the MSB, including shock waves and shrapnel as vapor deposition, biological weapons, fire, and ionizing radiation.

The country has been preparing for potential attacks in other ways over recent years, reintroducing military conscription earlier this year and in 2016 Sweden for the first time in a decade stationed a permanent military force on Gotland, considered a key strategic location in the Baltics and seen by some as a potential target for an aggressive Russia.

The locations of Sweden's existing shelters are marked on the map below. During peacetime they can be used for other purposes, such as garages for example, but in Sweden’s larger cities you're never too far from one of these safe havens.

READ ALSO: This atomic bunker for sale in Sweden is the weirdest property you'll ever see

Correction, November 1st: The article has been updated to say that the report recommended building shelters with space for a further 50,000 people, not 50,000 further shelters as previously stated.