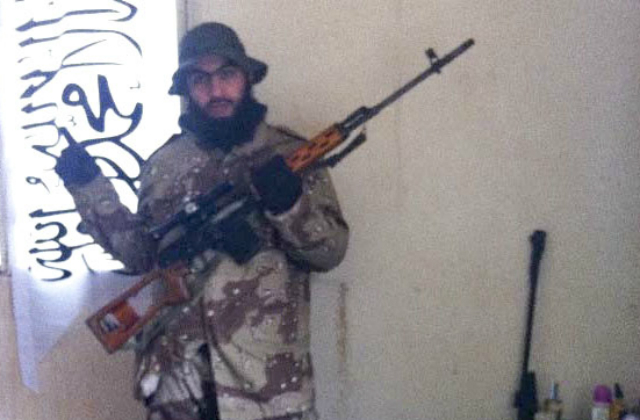 Hassan al-Mandlawi was in 2015 convicted and sentenced to life in prison by a Swedish court over his involvement in the decapitation of two men in Aleppo, in Syria, in 2013.

Although Mandlawi was not convicted of actually having carried out the brutal killings, he was found guilty of being involved in the preparations of the murders.

Mandlawi, who uses a wheelchair and suffers brain damage after being shot in the head in Turkey in 2013, has denied the charges. Last week, Sweden’s highest court, HD, rejected his appeal in the case.

Just two days after his case was rejected by the court, the man’s mother sent a letter to the Swedish government in which she said that her son had been hospitalized after refusing to eat for almost four months, pleading with them to instead let her care for him at home.

According to Göteborgs-Posten, the letter stated that Mandlawi suffers memory loss from his head injury and that he “refuses to drink or eat”. She also wrote that her son is in need of “some care and compassion which there is a lack of in the facility, with prison guards and people he doesn’t know”.

“Hassan needs someone over his head all the time and no one among the staff is obliged to provide him with that. Therefore I plead for mercy to get my son home so that I can care for him myself instead of him being returned to the prison. I’m afraid that something will happen to him if he is sent back to the prison.”

According to his lawyer, Lars Salkola, the brain injury suffered in Turkey has resulted in Mandlawi barely being able to recall more than his own name and the names of his children. “He has no memory recollection whatsoever and he doesn’t respond, he doesn’t give me anything to work with. He has a serious brain injury and doesn’t work like a normal person.”

The prosecutor who led the case in the district court, however, has questioned Mandlawi’s alleged mental state, and has pointed to photographs taken during a holiday in Malaysia in 2015, where Mandlawi is pictured in a pool, as well as eating and standing up by himself.

“These [pictures], along with the latest medical certificates, from the spring of 2015, indicate to some degree that Hassan al-Mandlawi’s condition has improved somewhat.”

The strongest evidence against Mandlawi in the case was footage of the beheadings. The prosecutor described the filmed beheadings as “one the most horrible things I’ve seen as my near 30-year career as a prosecutor”. He said: “The two men were murdered in a very bestial manner. They’re being butchered.”