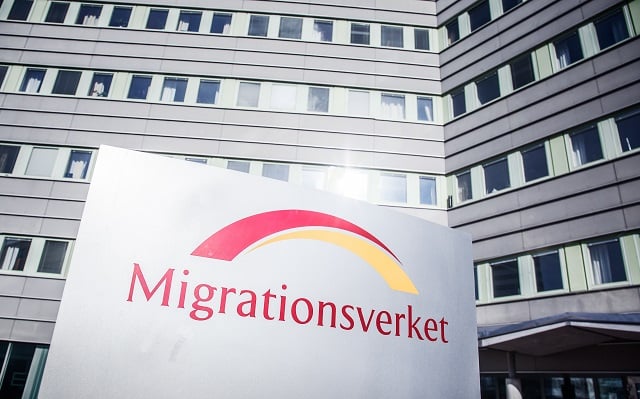 People can get stuck for over a decade in legal limbo if their request for asylum is denied by Sweden but their home country refuses to allow them back. The new proposals would help them get a Swedish residence permit more easily in cases where the situation is beyond their control.

The idea is that rather than to wait until asylum seekers are rejected by their home countries once they are deported from Sweden, authorities should grant them Swedish residence permits in cases where it is likely that this will be the case. Authorities could predict this through assessment of the political situation in the country concerned and by looking at previous cases, for example.

“It may include stateless persons, or those from countries where institutions are so weak that it is impossible to get ID and travel documents, so that although the person cooperates, the expulsion decision cannot be carried out,” Anna Lundberg, the government-appointed minister behind the report, explained.

“For those who are affected, it can mean 10 to 15 years of uncertainty. And should authorities also judge that the person hasn't cooperated, he or she will not be able to work,” Lundberg said. Speaking to Dagens Nyheter, she noted that this could infringe on their human rights.

According to her predictions, the number of people granted a residence permit wouldn't see a significant increase if her proposals are passed by the government. However. those who are granted permits would receive them much sooner, preventing years of legal limbo which are damaging both to individuals and Swedish society.

Under existing legislation, it is already possible to grant residence permits in case of “practical barriers”, but Lundberg proposes updating this legislation to be clearer in certain circumstances. Currently permits are only granted “to a small extent, and the legislation has become more restrictive in its application over the years,” she said.

With permits granted earlier on in the process, Lundberg claims “they will be able to establish themselves in Swedish society instead of becoming paperless and ending up in 'shadow societies'.”

The proposed policy has met mixed reactions in Sweden.

“It is very important that this does not become a way to avoid carrying out difficult deportations. There is a risk of that, and then it suddenly affects a huge number of people,” said Johan Forssell, migration policy spokesperson for the Moderates.

The Green Party, which has long pushed for action on the issue, welcomed the proposals. “It probably refers to relatively few people, but they are extremely vulnerable, in a situation where they have very few rights and simply have no chance of influencing their situation,” said Maria Ferm, MP for Migration Policy.

If the proposals in the report are passed by Swedish parliament, they would come into effect in September 2018.