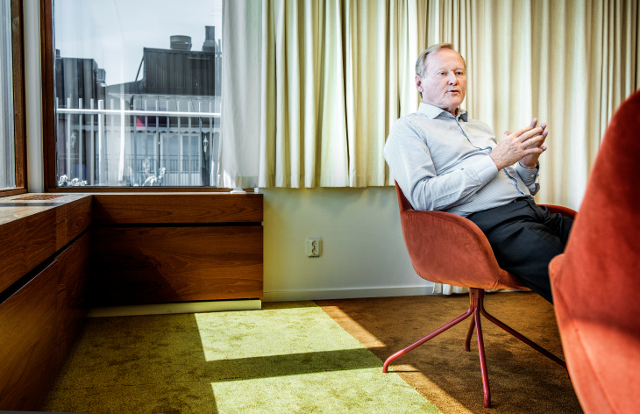 Many of the dealings in the so-called Paradise Papers – obtained by Süddeutsche Zeitung and shared by the International Consortium of Investigative Journalists with media partners including Swedish television, the Guardian and the New York Times – are perfectly legal in the eyes of the law.

But Skatteverket said its team of 300 workers tasked with locating international tax evaders were nevertheless looking into the 13.4 million files to find or rule out evidence of wrongdoing by Swedes.

“We learned a lot from the work (with the Panama Papers in 2016) and it was then not a question about if there would be a new leak, but when. I think many more may come,” the tax agency's international coordinator Margareta Nyström told Swedish public television SVT on Monday.

Meanwhile Leif Östling, the chairman of Sweden's largest business federation, the Confederation of Swedish Enterprise (Svenskt näringsliv), ended up in hot water after the leak revealed he kept German stocks worth 30 million kronor ($3.56 million) in a company on Malta.

He insisted it was all above board, and is not suspected of any legal wrongdoings, but was forced to backtrack on Monday after controversial comments he made in an interview with SVT on Sunday:

“It's a problem with the Swedish tax system, the taxes are insanely high in this country. (…) You ask yourself: If you pay 20-30 million kronor a year – what the hell do I get for the money?”

It is famously said that Sweden has some of the highest tax rates in the world (although it depends on how much you earn). The cliché is that Swedes all happily pay their taxes, safe in the knowledge that the public services they receive in exchange will be of a good standard, and Östling's comments caused quite the stir, with the hashtag #whatthehelldoiget (#vadfanfårjag) trending on Twitter on Sunday evening.

READ ALSO: So Sweden has high taxes? Not as high as you might think

“Shameless (comments) against teachers, nurses and police who make sure the country is working while you make money,” tweeted the minister for health and social affairs, Annika Strandhäll.

The youth wing of the Social Democrats demanded Östling's resignation. “His actions, devoid of principles, go against everything the Swedish model stands for. It is not appropriate as the leader of Sweden's largest organization of employers,” wrote chairman Philip Botström in a statement.

READ ALSO: Here's what Swedes think of the services they pay tax for

Östling backtracked on some of his comments in an official statement on Monday, saying he had spoken as a private individual, not as the head of the Confederation of Swedish Enterprise.

“During the conversation I said, among other things, that I do not get 'a lot' for the taxes I pay in Sweden. It was carelessly expressed. Sweden has a generally functioning welfare system. What I was trying to say was that I personally had used it very little compared to my financial contribution to it,” he said, pointing out that although he had invested some of his money abroad, he had also paid 84 million kronor in income tax and 23 million kronor in capital gains tax in Sweden over the last seven years.

“One could of course ask if it is appropriate to place your money in another EU country than the one you're living in. I think it is, as long as all laws and regulations are adhered to, which I have. Free movement of capital applies within the EU. The burden of proof is on whoever claims the opposite, because that is to claim that it is inappropriate to comply with existing legislation and EU law,” Östling added.

Some of the international figures caught up in the Paradise Papers leak are the US commerce secretary Wilbur Ross – who had business dealings with a firm co-owned by Vladimir Putin's son-in-law – and Queen Elizabeth, who saw millions of pounds invested in a Cayman Islands fund.

A total of 382 journalists from 67 countries together investigated the contents of the documents. In Sweden three different news desks were involved in the work: Investigative news programme Uppdrag granskning, SVT news, and news agency TT.