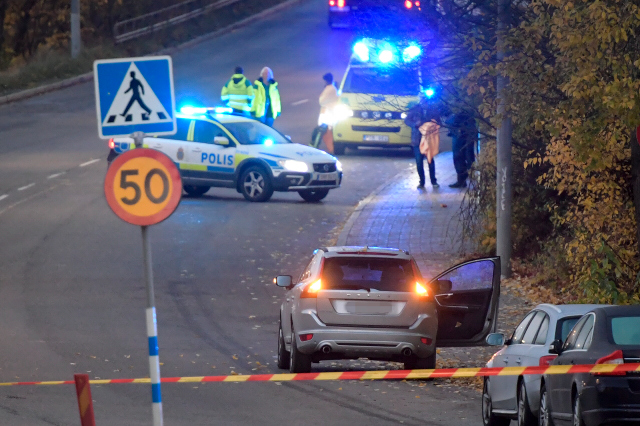 Police at the scene of the incident. Photo: Anders Wiklund/TT

Two people collected the parcel in the Gärdet area in north-eastern Stockholm, and “in connection (with that) the parcel exploded”, a police spokesperson told newswire TT.

Firefighters were dispatched to the scene to assist the police, but said it appeared nothing had caught fire in the incident.

According to Aftonbladet when the man got into his car and opened the parcel it “exploded” and “red goo” spurted out on him and another person in the car.

Police declined to speculate about what kind of substance the parcel contained until it has been investigated by the bomb squad. The area was still cordoned off at around 5pm.