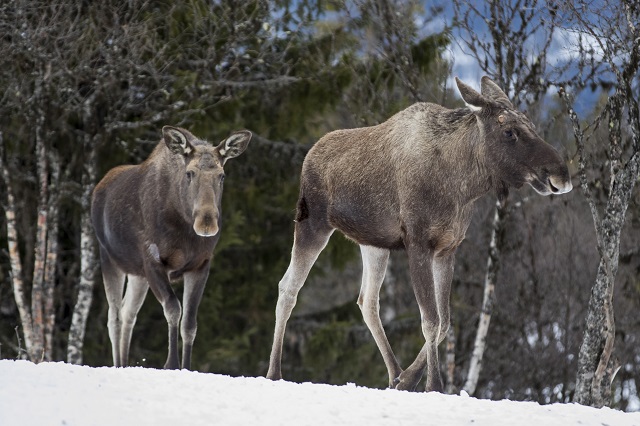 The contagious illness, officially called Chronic Wasting Disease, is known as 'mad elk disease' due to its link to mad cow disease. The disease, which is typified by chronic weight loss leading to the death of the animal, is contagious between deer and reindeer but not known to pass from animals to humans.

It only affects cervids (animals in the deer family) and has long been present in North America, but last year the disease was detected for the first time in Norway – and cases have been found just a few miles from the border with Jämtland.

“We believe there is a high risk that the disease may be found in western Jämtland, as the sick deer in Norway have been found so close to the border,” district veterinarian Johan Olsson told SVT Jämtland.

So far, the monitoring of the disease has been limited to sick animals which have been shot or found dead. But by the start of next year, all dead elks will be tested, and sampling kits are being sent to authorities in the county. Sweden is waiting for the go-ahead from the EU Commission to launch the wide-scale survey, which would give authorities a better chance of limiting the spread of the disease if infected animals are found – but they don't have much time to wait for the decision.

In Norway, authorities announced a cull of 2,000 reindeer after Chronic Wasting Disease was found in a number of animals.

WATCH: Incredible footage of a rare white elk in Sweden