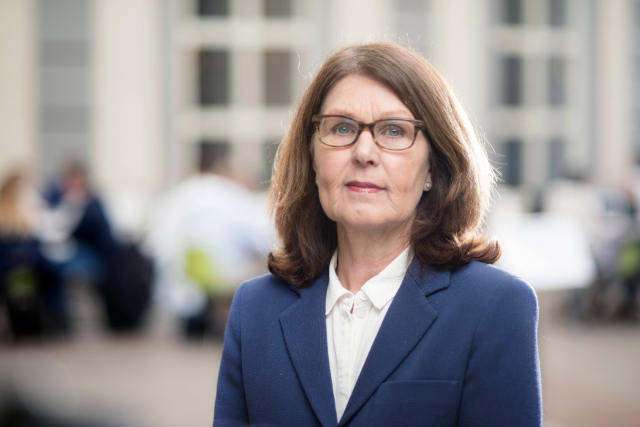 Professor Ingalill Holmberg from the Stockholm School of Economics is one of Sweden's leading experts in leadership research. Photo: SSE Ex Ed

But how do we separate fact from fiction when it comes to this Swedish stereotype? Does “moderate” leadership even exist?

“Absolutely”, says Ingalill Holmberg, Professor at the Stockholm School of Economics and one of Sweden's leading experts in leadership research.

Generally, “lagom” is used to describe things done in moderation – neither too much nor too little. And while it may lack a direct translation in most other languages, “lagom” has nevertheless become the preferred label when describing Swedish leadership culture.

But is it true that Swedish managers are really so “lagom”?

After all, despite its relatively small size isolated location, Sweden boasts among the highest number of globally successful companies per capita in the world.

Is it possible to run a company “the lagom way” and still be so successful? What does the research actually say?

'Leadership is a reflection of culture'

Ingalill Holmberg is a professor at the Department of Management at the Stockholm School of Economics and head of the Center for Advanced Studies in Leadership.

Her entire academic and professional career has focused on leadership. Thus, few people are in a better position to provide answers when it comes to figuring what really defines “Swedish” leadership.

“There’s no doubt Swedes have a distinctive and, to some extent, unique view of leadership,” she explains. “And leadership is a reflection of the culture. How we regard leadership and what makes a good leader is largely based on the conditions that shape our culture and our economy.”

Holmberg adds that many of the stereotypes about Swedish leadership being non-hierarchical and consensus-driven do in fact fit reality.

“What matters is the relationship we have culturally to power and influence. Sweden is a country with a high degree of equality, where we have long worked hard politically and as a society to reduce major differences in power – that’s been a cornerstone of Swedish society over the last 100 years,” she says.

A view of the Stockholm School of Economics campus near the city centre. Photo: SSE Executive Education

In addition, Ingalill explains, Swedish business leaders have always put great emphasis on the future and change. As a result, companies have been forced to deal with uncertainty. And one way of successfully addressing these uncertainties is through a pragmatic approach based on rational thinking and rational solutions.

“A big reason behind the development of Swedish entrepreneurship is that we are a small country and in order to grow and be successful, we need to go out in other markets,” says Holmberg. “Thus a focus on the future and an outward orientation come naturally.”

A third dimension that shapes Swedish leadership culture is a strong belief in both the individual and the collective, says Holmberg.

While these two concepts may be on opposite ends of the values scale, Sweden gets high marks for both. Swedes believe the individual's integrity and freedom is important, while at the same time placing a high value on cooperation, the group, and collective solutions.

“This has resulted in focusing more on the team and less on the organization as a whole. And the importance of reaching agreement within the team,” says Holmberg.

“This model for consensus is sometimes perceived by other cultures as Swedes having a fear of conflict. But I'd say that Swedes want to avoid conflicts, which isn’t quite the same thing.

“As a leader, you don’t want to lose team chemistry, and that requires getting agreement from everyone in the group about how to move forward.”

She also believes that conditions are ripe for “lagom” leadership to gain increased importance internationally, in line with developments globally.

“Today's challenges, with climate change as perhaps most important example, require global cooperation and a willingness to compromise when it comes to national interests, which favours a “Swedish” approach to leadership,” she explains.

“Leadership based on consensus where change is often the strongest driving force is very well-suited to address these new types of global issues.”

Do you want to learn more about “leadership the lagom way”?

Click here for more information about Swedish leadership and how this small country achieved big success in the global economy.