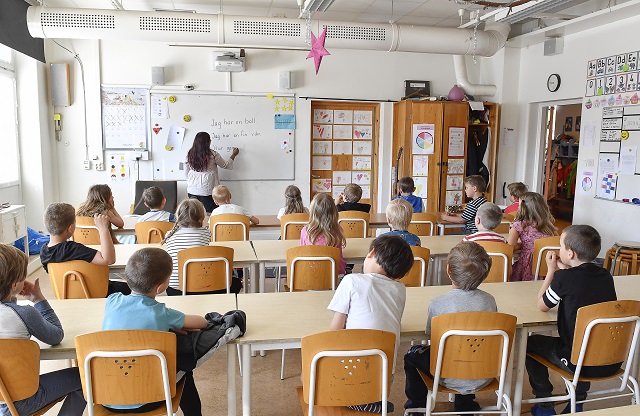 The exercise involved writing different forms of nouns, and included examples such as 'limpan' (the loaf), 'vargen' (the wolf) and 'tomaten' (the tomato).

But one of the words used was the offensive term 'negern' which means 'the negro' and is widely considered a racist term in Sweden. Ahmed Osman, the father of the boy who received the homework, said that he and his wife were stunned at the inclusion of the word.

“I asked [my son] if he had really received it from the teacher, and he said yes,” Osman told Swedish daily Aftonbladet. “The teacher justified herself by saying that she didn't use the word herself but that other people might, so it can be good to know the word.”

She allegedly said that the boy could cross out the word if he preferred, but that he had to complete the homework assignment or risk receiving a low grade.

Osman, however, argued that the homework amounts to incitement to racial hatred, and shared the image with media strategist Teysir Subhi, who shared a photo of the exercise on her Facebook page. More than 1,000 people have since reacted to the post.

“I was angry but not surprised, since I had seen similar things both as an educator when I was often contacted by students or parents and also from personal experience of racist teachers,” Subhi told The Local.

Subhi said the school refused to answer her calls, and added that she has been calling for a long time for publishers to be supported in replacing old books in schools with new, revised versions.

Mikael Kaspar, the head of the school board in Sollentuna, where the school is located, confirmed the incident to the TT newswire and said: “We take it extremely seriously and understand that the parents were shocked when this emerged.”

He said that he was told of the incident on Wednesday, and that an investigation has been opened to determine how it occurred and whether further action will be necessary. The municipality will also review material used in local schools to prevent future such incidents.

READ ALSO: How a Swedish teacher is tackling racism through Facebook