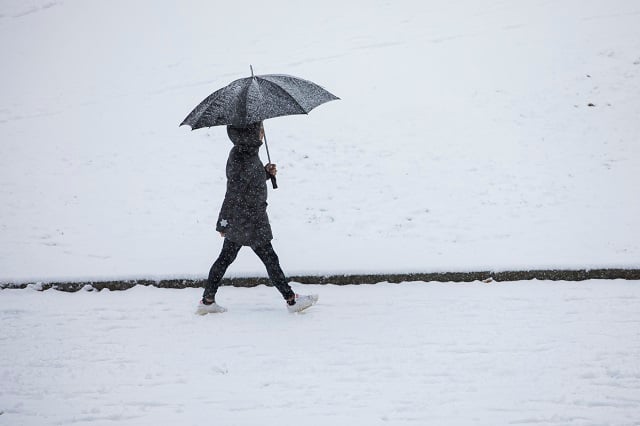 The north of the country has already been experiencing snow and freezing temperatures, but now the winter weather is on its way south.

Roads were icy in many areas on Monday morning, apart from the southernmost parts of Sweden, including the island of Gotland, where the thermometer is set to reach plus degrees during the day.

In the rest of the country, however, there will be a steady decline in temperature and along the east coast, from Stockholm up to Västernorrland, there is a risk of heavy snow flurries. Cold northern winds will bring cooler air across the country, particularly northern inland areas.

Snow is also expected in Norrbotten, where the Swedish Meteorological and Hydrological Institute (SMHI) has issued a Class 1 warning and 15-25 centimeters of snow are expected throughout the day.

“On Monday and Tuesday, it will be a bit more wintery, but then there will be a break,” said SMHI meteorologist Marie Staerk.

Further precipitation is also expected in Östergötland and northern Kalmar County, including Gotland.

But in the coastal areas, weather will be more mild, as the water temperatures are still quite warm, which will lead to rain or slush.

There will be some relief on Wednesday, though, with low pressures coming from the southwest, resulting in milder air masses and turning potential snowfall into rain. There could still be snow in the south and along the west coast of Sweden on Wednesday, but the rest of the week should bring more mild weather.