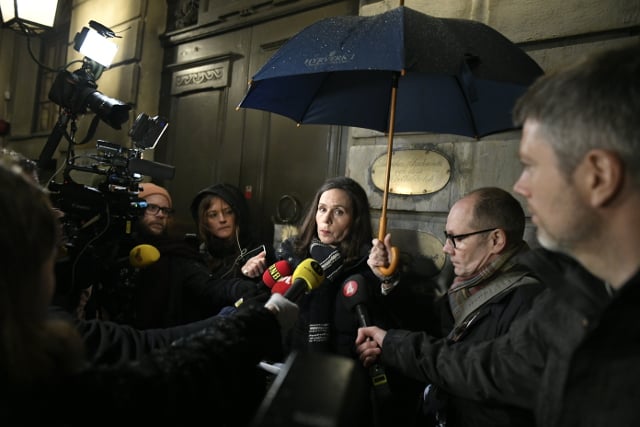 In an article by Dagens Nyheter (DN), 18 women accused the man – who is not a household name in Sweden but a well-known figure on Stockholm's cultural scene – of sexual abuse and harassment.

The man has close links to the Swedish Academy, and is the artistic director of a cultural centre in Stockholm which receives funding from and is often attended by members of the Academy.

The prestigious body, which picks the winner of the Nobel Prize in Literature, revealed on Thursday that some of its own members had also accused the man of inappropriate behaviour.

“At the meeting it emerged that members, members' daughters, members' wives and staff at the Academy's administrative office have been exposed to unwanted intimacy or inappropriate treatment by the person in question,” said the Swedish Academy's permanent secretary Sara Danius.

“These experiences would not have come to light had it not been for recent attention to these problems,” she added, saying she welcomed DN's investigation of the allegations.

She confirmed that the Academy had decided to cut all ties and funding to the man with immediate effect. It said in a press statement that it had paid 126,000 kronor a year since 2010 to his club (and emphasized the money had not been paid to him personally) and paid him for looking after the Academy's apartment in Paris.

She said the Academy had broken its own rules regulating conflict of interest, and said it would review its procedures to ensure that a similar situation would not arise in the future.

“The Swedish Academy wants as much transparency as possible concerning this issue. More detailed information regarding for example financial ties will be reported shortly,” she added.

The man declined to respond to the accusations when approached by DN, but wrote to the newspaper's reporter in a text message: “I have not done anything!!!”

In the wake of assault allegations against Hollywood producer Harvey Weinstein and the global '#MeToo' movement in which women have shared their own experiences of assault, thousands of women across several different industries in Sweden have spoken out.