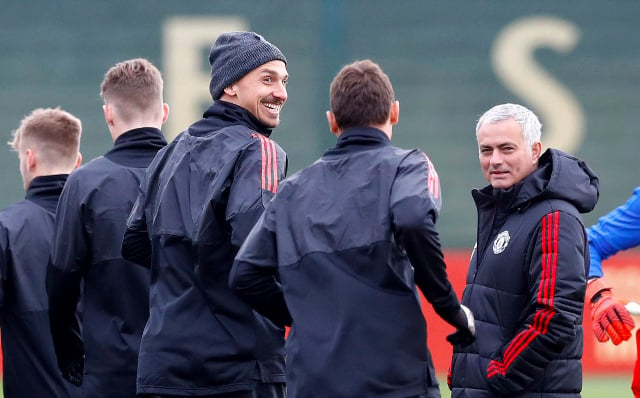 Zlatan Ibrahimovic is back from his knee injury. Photo: Martin Rickett/PA via AP

The striker enjoyed an impressive first season at Old Trafford following his free transfer from Paris Saint-Germain in July 2016, only for it to be cut short by cruciate knee ligament damage sustained in a Europa League quarter-final victory over Anderlecht in April.

Both Ibrahimovic and defend Marcos Rojo, who suffered a similar injury in the same match, have now fully recovered from their injuries and could play a key role as United host Brighton in the Premier League this weekend.

Former Sweden international Ibrahimovic, 36, has appeared as a substitute in each of United's past two matches, coming on as Newcastle were beaten 4-1 at Old Trafford last Saturday, and again on Wednesday in a 1-0 Champions League defeat by Basel in Switzerland.

Brighton manager Christ Hughton is expecting the United side to be rejigged and is not ruling out José Mourinho's men for the title, even though they are eight points adrift of Manchester City.

“Without being detrimental to the other teams in the top six, most people see the two Manchester teams as the strongest,” he said. “Both have recruited very well and have big star players.”

“Ibrahimovic and certainly Pogba are a massive boost for them to have back at this stage of the season. They are both big teams and are showing that.”