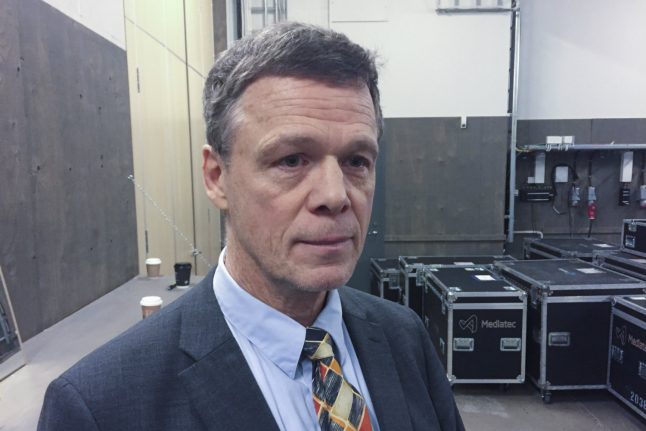 Strid, a local politician from the town of Borlänge, told the audience at the party's national conference in Norrköping that there is a “scale of 1 to 100”.

Strid continued by saying that “all Muslims are somewhere on that scale” and that members of terror group Isis “are close to being 100 percent Mohammedan”.

“If you are an ex-Muslim you have come quite far towards being fully human,” Strid continued.

He also said that he wanted to “free Muslims from Islam, the goal is for them to join SD instead”.

The speech was recorded by broadcaster SVT, which also wrote on Sunday that Strid had been reported to police for hate speech.

SD party secretary Richard Jomshof called Strid’s statement “racist” and said he expects him to be excluded immediately, while Julia Kronlid, an MP with the party, called it “damaging”.

“This is very bad, extremely bad. We had the chance to get our policies out [through the conference, ed.] and the only thing the media are writing about is this,” Kronlid said.

The MP also said that she strongly rejected the comment, which was made by Strid from the stage at the conference in Norrköping, adding that it in no way represented the views of the party.

Jomshof said that Sweden Democrats were entitled to be critical of ideologies but not to violate the rights of individuals.

“Everyone has fundamental human worth, the same for everyone. If you think that someone has a worse value based on a certain skin colour or the community they are part of, that is racism for me. We will not accept that,” he said.

“Qualified criticism is allowed [within SD, ed.], but not racism. It’s as simple as that,” he said.

The secretary added that a case had already been opened into the potential exclusion of Strid over the statement, and added that he would work to that end. The Borlänge delegate was also asked by SD to leave the conference.

Strid apologized on Sunday morning for the comments, which were made on Saturday.

“It was very unfortunate and I expressed myself very clumsily,” he told TT, adding that he regretted the speech.

“If you are stressed and in a hurry, you can sometimes express yourself wrongly,” said Strid, who appeared to be speaking from memory, according to TT's report.

He said he was aware his speech can be interpreted as saying Muslims are not fully human.

“I have realized [this] and it’s very unfortunate. I know a lot of Muslims and am good friends with a lot. People are people, of course,” he said.

Later on Sunday broadcaster TV4 reported that Strid had asked to leave the party.

Party leader Jimmie Åkesson told SVT that he had “never heard of [Strid] before” his speech.

SD’s national conference is currently being held in Norrköping, attended by the party’s senior decision-making body. 256 delegates will make decisions on almost 300 motions and four party programmes that will form the basis of next year’s general election campaign.