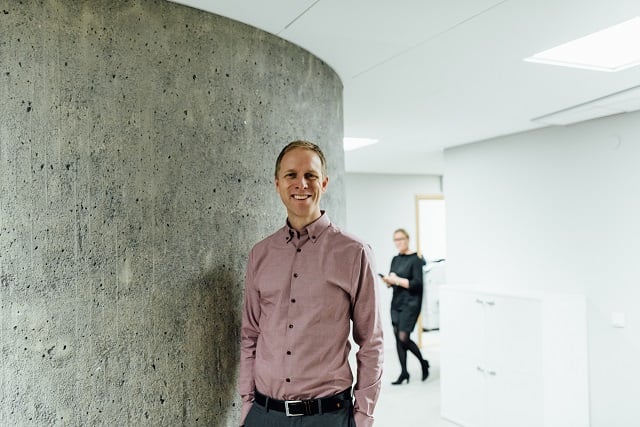 Sweden’s high number of international companies is often explained by pointing at the country’s unique leadership culture. But what is it, really?

A good place to start examining the question is by reading what Anders Richtnér, CEO of SSE Executive Education, has to say about successful Swedish leadership – leadership the lagom way.

The Swedish word “lagom” is often said to lack an exact equivalent in any other language. It’s an ancient word with the approximate meaning of “not too much and not too little” or “just enough”.

One popular but not quite accurate legend about the word’s origins is linked to mealtime traditions in old peasant communities where everyone on the farm ate from the same pot.

Building on the Swedish words for team (lag) and around (om), the idea was to make sure people took just enough to ensure the pot could go all the way around, giving everyone a turn to eat or drink. In other words, it was important that no one took too much or too little so the pot could make it “around” the entire “team”.

“Lagom” is perhaps the quality that Swedes identify with most. Swedes are expected to work hard, but not overdo it – to be “lagom”. Even Sweden’s welfare society is built on sharing resources so everyone gets a “lagom” amount.

But what does “lagom” mean for the development of a “typically Swedish” corporate culture?

The façade of the Stockholm School of Economics. Fule photo: Nicklas Gustafsson

Probably a lot, if you look at the unprecedented success of Swedish entrepreneurship over the last one hundred years.

With a population that only recently topped 10 million, Sweden has still managed to produce a wide-range of successful, global companies, from industrial stalwarts like Volvo, Scania, and Electrolux, to retailing giants like Ikea and H&M, not to mention innovative tech firms like Skype, Spotify, and King.

But what are the most important characteristics that shape Swedish corporate culture – a culture that has created more large companies per capita than any other country?

For answers, we turned to Anders Richtnér, CEO of SSE Executive Education, a management and leadership development partner for both Swedish and international businesses and organizations for more than 50 years. The institute has also been ranked as the best business school in the Nordic and Baltic countries for 17 consecutive years by the Financial Times.

Here are the five characteristics Richtnér sees as most important in defining Swedish leadership culture – leadership the “lagom” way.

A typical feature of Swedish leadership is trust, a factor that’s increasingly critical even in organizations with a hierarchical culture. With developments moving so quickly and in so many different directions, there’s no way any single individual can keep pace. You simply have to rely on others.

In a small, export-dependent nation like Sweden, companies need to expose themselves to the wider world to understand the needs of others and learn from others' successes. Many have also been quick to return and apply those lessons in practice. That takes courage and shows Swedes are entrepreneurial and creative. When you continuously take in outside influences, you question your own learned behaviours. And that’s a prerequisite for being constantly on the move and evolving.

A culture of achieving ‘buy-in’ in Swedish organizations can create headaches for those who are used to quick decisions. While achieving consensus may seem ineffective, decision paths can be rather short in flat organisations. Decentralisation means the decision-making process is ultimately quite efficient.

Swedes are good at getting buy-in for their decisions; it’s part of their cultural heritage. The downside is that things sometimes move rather slowly. But companies that are doing well are both adept at achieving consensus and delegating decisions far down the chain of command to avoid lengthy internal processes. Those closest to the customer also know best what their needs are.

The Swedish model means having a broad understanding of what a business is, and not simply focusing on financial statements. To be successful over time, you need leadership that is resilient. What does that mean in practice? To a certain extent, it’s about how you are as a person and being authentic in your role. Do you listen to others? Do you make time for your employees? Do you make clear demands and set up clear goals? That's what creates resilience.

In Swedish companies, there is a lot of self-criticism, which is linked to continually being open to influences from other countries. It also encourages development in an organization. Here the leader plays an important role by beginning to talk about learning and setting boundaries – simply taking five minutes for the team to allow someone to share an interesting observation.

The world needs good leaders. Do you want to know more about how you can develop your leadership skills?