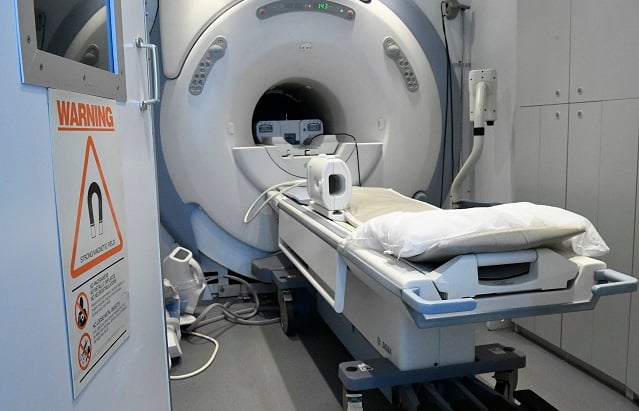 The national forensic medicine agency (Rättsmedicinalverket) began carrying out the checks earlier this year after doubts were raised over whether all those who were being processed as minors were in fact underage.

The Migration Agency has so far made 5,700 decisions on the basis of assessments carried out by Rättsmedicinalverket. In 79 percent of those cases the agency decided to formally consider the applicant as older than they had initially claimed in their asylum application, reports Svenska Dagbladet (SvD).

Between mid-March and late October, Rättsmedicinalverket carried out a total of 7,858 age assessments. Of those, it found that their examination suggested 6,628 were 18 or older, and 112 “possibly” 18 or older.

However, in 1,077 cases, Rättsmedicinalverket found that the applicant was possibly younger than 18. SvD reports that 430 of these had stated they were adults when they first applied for asylum in Sweden.

“In these cases, we judged that the asylum seekers were in fact underage, in contradiction with the information they themselves provided,” Daniel Salehi from the Swedish Migration Agency told SvD.

When the Migration Agency assessed asylum seekers' ages last year, before it was handed over to Rättsmedicinalverket, it formally increased the age of 17 percent of those whose age was in doubt.

It is unclear why the figure has increased so sharply, said Salehi. “One reasonable explanation could be that the cases are now quite simply older, after one or one-and-a-half years,” he told SvD.

The method of medical age assessment consists of taking X-rays of wisdom teeth, and MRI scans of knee joints, which are then analyzed by dentists and radiologists.

The first results of the new age assessments came in May this year, and in those tests — which were carried out on asylum seekers whose age was in question — three out of four were found to be older than 18.

However, there has been controversy over the accuracy of these tests and the Rättsmedicinalverket has previously emphasized that no method of medical age assessment can determine a precise age.

The results of these checks don't give a picture of how accurate the given age of all asylum seekers in Sweden is, as the checks have only been carried out in cases where there was reason to doubt the person's given age.

There are several reasons why the age of those who arrive in Sweden might be unclear. Many of the asylum seekers who have arrived in Sweden in the past few years lack identity documents, with many coming from unstable regions where they may have lost many of their belongings. Another factor is that their countries of origin often do not have the same structures in place to record birthdates as Sweden does, so it's not unusual for people not to know their exact age.

This can cause problems because there are differences in how adults and unaccompanied minors are processed; for example, the latter may only be returned to their home countries if they have a family member or other guardian who can provide them with somewhere to live.

The Migration Agency makes an initial age assessment with every application, and people who are not clearly aged over 18 are registered as children.

However, these tests were criticized as ineffective and several Swedish municipalities reported suspected cases of adults who could be as old as 40 being placed together with children at residential care homes for young people (known as HVB homes), as well as being sent to school with minors.

As a result, in September last year the government asked for medical age assessments to be carried out on a large scale.

More than 80,000 minors (of whom 37,000 arrived in the country without a parent or guardian) applied for asylum in Sweden in 2015 and 2016. Medical age assessments are carried out only in cases where the Migration Agency believes there is reason to doubt their age.