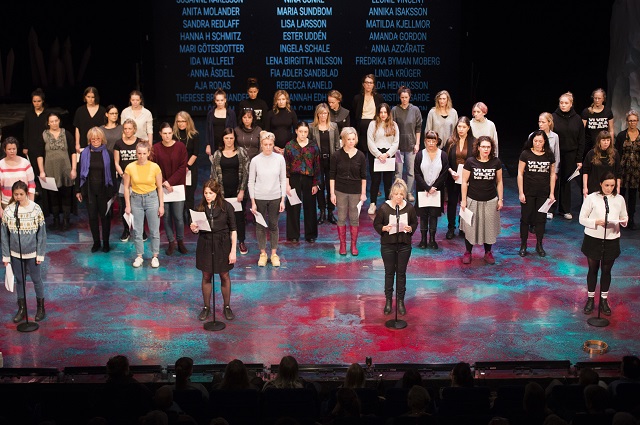 While the campaign started out in America in reaction to assault allegations against Hollywood producer Harvey Weinstein, it quickly spread across the world.

Sweden, frequently ranked as one of the world's most gender-equal countries, was no exception, and here it sparked a series of organized petitions calling for change within specific industries, from journalism to horseriding to healthcare.

Several high-profile people working in Swedish politics, media, and culture have already lost their jobs or faced investigation over allegations that have surfaced in the wake of the movement, and the majority of Swedes think #MeToo will have a long-lasting impact, a new study reveals.

A total of 72 percent of women think that the campaign will lead to change in Sweden, according to a survey carried out by Novus for public broadcaster SVT. Among men, the figure is only slightly lower, with 67 percent agreeing.

IN DEPTH: What does the #MeToo campaign reveal about Swedish feminism?

There were marked differences in opinion when it came to supporters of Sweden's different political parties, and geography also seemed to have an effect.

Voters for the far-right Sweden Democrats were least likely to believe that the petitions would lead to change, for example, and belief in the impact of #MeToo was stronger in Sweden's larger cities than in rural areas.

As for what form that change might take, almost three quarters (74 percent) of people who thought there would be change said that they thought women would be more likely to speak up about and report incidences of harassment and assault.

The Local has been following the reaction to #MeToo in Sweden, where the King last week said that “something good” would come of the campaign and urged people to listen to the women who were speaking out.

After two initial petitions ('upprop' in Swedish) compiled anonymous reports of harassment in Sweden's film, theatre and music industries, many more soon followed, with new calls signed by thousands of women surfacing on an almost daily basis over the past month.

As for why the effect has been quite so strong in the Scandinavian country, a participant in the #MeToo petition for Sweden's communications industry told The Local in an interview last week: “We're shouting out partly because we can, because we do have rights here, but also because we still need to – there are areas where we still have a long way to go.”

READ ALSO: #MeToo: 'We're shouting in unison, because that's what Swedes do'