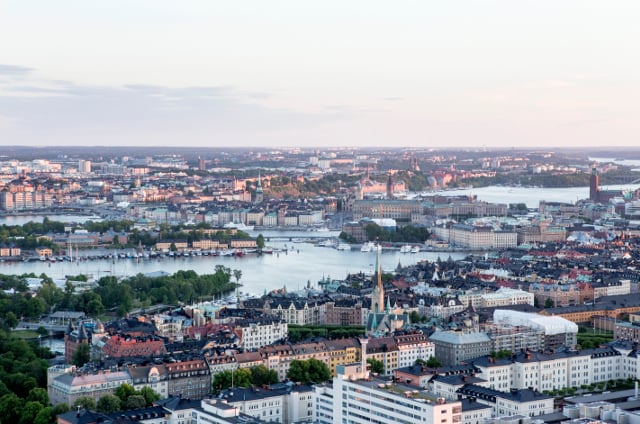 Stockholm's vibrant tech scene is one of its advantages, according to the report. Photo: Christine Olsson/TT

“Stockholm has one of the top ecosystems in the world for creating and launching new firms, with a thriving early-stage financing community that would rival American tech centres such as Austin or Portland,” wrote Milken Institute, also noting Sweden's highly-educated homegrown talent.

But all is not plain sailing. The report also highlighted Stockholm's housing shortage as its main challenge, but mentioned the government's drive to invest more in rental homes to ease the pain and also urged Sweden to create “incentives for new private investment” on top of increasing supply.

It added that “despite the housing shortages, Stockholm's economy is flourishing and may eclipse Inner London-East in the future”.

East-central Sweden made 11th place thanks to its high density of research hubs in the form of Uppsala University, the Swedish University of Agricultural Sciences and Mälardalen University in Västerås.

“Its educated population is an asset; 38 percent of working-age residents have tertiary qualifications (7.3 percent above the European average),” commented the report about Sweden's education level.

It added that the region's diversified economy “is less vulnerable to economic shocks”, but noted again that “rising housing prices across Sweden are a potential source of instability”.

“Övre Norrland debutes at No 10 in the Best-Performing Cities Europe small cities ranking. The region boasts high long-term growth rates in the high-tech services category,” said the report, praising the region's health and biotech industries and commended it for a strong focus on innovation.

“The low rate of urbanization allows the region to retain its natural resources, and forestry and mining remain two of the area's key sectors,” it added. “Despite its uninhabited nature, the region houses two large universities, Luleå University of Technology and Umeå University, both of which help attract innovation to the area.”