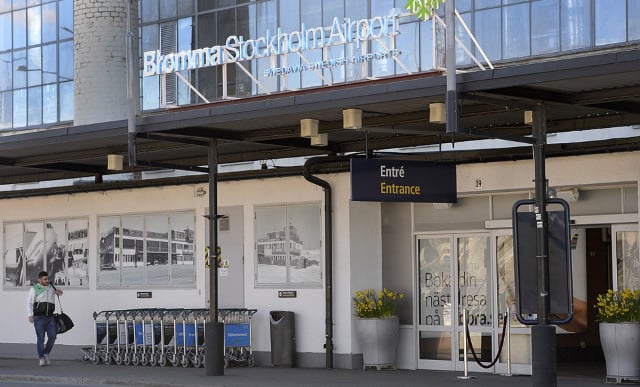 An examination of the object, which was detected while a bag was passing through security controls at around 7.25am, showed it was not dangerous, Stockholm police said.

“They took a person off the flight. The captain asked for all passengers and baggage to go through security checks again to be on the safe side,” a source at Bromma airport told The Local on Thursday morning.

The bomb squad was called in to assess the bag, but police did not cordon off any parts of the airport for the moment and air traffic is unaffected – with the exception of the flight the person with the bag was due to travel on, which was delayed.