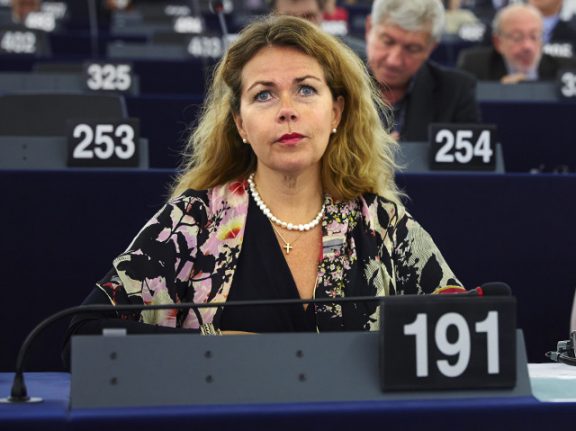 The Local has investigated the challenge of living in Sweden without one of the ID numbers, which are used for everything from opening a bank account to signing up for a mobile telephone contract or participating in supermarket loyalty schemes. Without one, doing so becomes more difficult and expensive, or can even be impossible.

In November, legal group the EU Rights Clinic submitted a complaint to the European Commission as well as a petition to the European Parliament over the refusal of the Swedish Tax Agency (Skatteverket) to issue personal ID numbers to EU citizens and their family members living in Sweden on the grounds that they cannot demonstrate they will reside in the country for a year or more. The EU Rights Clinic argues that this is in breach of EU rights to free movement.

Cecilia Wikström, who is a member of the European Parliament's Committee on Civil Liberties, Justice and Home Affairs, and chairs the Committee on Petitions told The Local that she was happy that attention is being given to the issue as it is one she has been trying to help address.

“It's good that you're drawing attention to this. Sweden is being discriminatory towards other EU citizens with this. There's no doubt about that,” Wikström noted.

“This time last year I brought some of my colleagues from the European Parliament to Sweden on a fact-finding visit, to speak to the government and tax authorities on the issue, as well as different experts. They all realised that in Sweden we're behaving in a quite a discriminatory way: not to people who have employment, because they'll get their numbers almost immediately or within weeks. But if for example there's an EU citizen – let's say a German – buying a cottage in the south of Sweden, they can't get a number, and can't open a bank account, get a cellphone, borrow a book in a public library. It's completely absurd.”

Exclusive for Members: Five top tips if you don't have a personal number in Sweden

When we asked internationals for their stories of personal number problems in Sweden, The Local readers from the EU gave accounts of issues dating back as far as seven years ago, and up to the present day.

The EU Rights Clinic meanwhile said it had identified almost 300 cases of EU citizens who had been refused personal ID numbers by Swedish authorities, and they are complaining on behalf of them.

READ ALSO: 'Sweden is in breach of EU law for its refusal to issue a personnummer to EU citizens'

Asked why it is taking so long to address the matter, Wikström had a clear answer:

“I know exactly why. Do you know Swedish bureaucracy? There's the answer. We're very focused on those four digits – the unique final part of the personal number – if you don't have those, you're out.”

“There has to be a way to solve the problem. To tell you the truth I'm a bit fed up with the government, I'm losing my patience, and I have petitions at my committee on this topic from people from other European countries who have chosen to live in Sweden. People who can finance their way of life,” she added.

“The Swedish authorities are doing their very best to discourage those people. I find it completely discriminatory and I'm ashamed to be a Swede chairing the Petitions Committee at the EU Parliament and having to admit that, yes, I'm Swedish and yes, this is my government treating EU citizens like this.”

EU citizens who feel they have been given wrong decisions on matters like obtaining personal numbers not in line with their rights can contact the SOLVIT centre at Sweden's National Board of Trade, which helps people with issues related to EU freedom of movement.

“The government has to get its act together and start delivering on this. If it didn't help that I brought a formal delegation from the EU Parliament then what will? The government promised to come up with a solution, and that's more than a year ago now,” Liberal MEP Wikström said.

“If you can't open a bank account, get a cellphone, take out a book from a library, go to the dentist, book a doctor's appointment, you're not part of society. You're under the radar, not a person like everybody else,” she concluded.

IN DETAIL: Things you can (and cannot) do without a personal number in Sweden