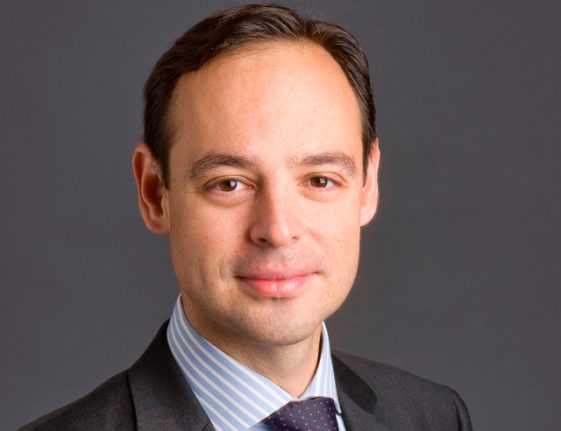 Swedes may not be prone to boasting, but they tend to take pride in their leadership model and the success it seems to breed.

But do people who weren’t brought up with a ‘Swedish mindset’ also think Swedish leadership is really that special?

For answers, we caught up with David Moreno, a native of Spain who is now Head of Strategic Programs Practice at Swedish telecom giant Ericsson who is also enroled at the Stockholm School of Economics Executive MBA programme.

Raised and educated in Spain, David now manages a team of nearly 50 internal management consultants at Ericsson. He’s had a long career with both Swedish and international companies that’s taken him from Spain to places like the Netherlands, The Democratic Republic of Congo, and the US  before relocating to Sweden in 2009.

As a result, David is well positioned to comment on how Swedish leadership compares to leadership styles practiced in other countries. Here’s what he had to say.

Swedes sometimes refer their leadership culture as “leadership the lagom way”, claiming Swedish leadership is less hierarchical. Is that perception true to reality?

Yes, it really is less hierarchical. Leadership in other countries is largely about setting goals and following up to make sure employees are delivering and it’s my way or the highway. There is typically a high organizational distance in other cultures.

But in Sweden, the manager’s role is more like that of a football coach. You guide and support, and a lot revolves around making sure everyone has the possibility to contribute to best reach the goal.

As a non-Swedish manager, is it positive or negative to work in a Swedish leadership culture, compared to what you’re used to from elsewhere?

But, I'm nevertheless convinced that the Swedish leadership model is better. Of course, it can sometimes take a bit longer to really get started. But once you do get alignment in the group (the famous consensus)  and everyone understands the goals and one's own role in reaching them, i t is very powerful and very little can stop the process. It’s like a huge, unstoppable cargo ship plying through the ocean. And it's pretty cool to see.

Leadership in other countries can be perceived as more straightforward and effective, but I have experienced how it can be the opposite. The boss decides how things should be but, after the meeting, everyone goes off and thinks and acts differently anyway.

There are upsides and downsides, of course, but I’d still choose the Swedish model ahead of others

Do you see other aspects of leadership that can be considered uniquely Swedish?

Swedish management culture is much more empathetic or, for lack of a better word, respectful. You make efforts not to hurt or upset employees and feedback is given constantly and in a way that is constructive . You tend to forget this in other places

I generally think that’s a good thing, but sometimes it can feel a bit much when people bend over backwards to avoid saying something that might be perceived as hurtful. This is an area where perhaps I’m not completely “Swedi-fied “, as my co-workers say I'm not afraid to address difficult and sensitive questions head-on

You have worked in Sweden and for Swedish companies for several years now. Do you see any changes in Swedish leadership?

Yes, actually. I see Swedes increasingly influenced by the American mentality. I think I’ve seen a trend towards more individualistic, competitive thinking, with more focus on words like “winning” and “beating competition”. Winning is of course important but we shouldn’t underestimate the power of  “cooperation”,  “communities” and “networks”

In my opinion, the Swedish leadership culture should be protected and be something other countries can observe and adopt.

What is the best way for managers to develop, retrain and learn new skills?