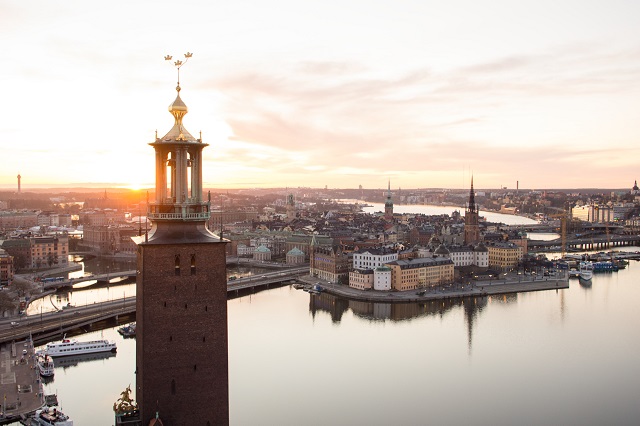 According to creator Simon Anholt, an independent policy advisor who has worked with the governments of more than 50 countries, the aim is to be “the first attempt to measure the external impact of countries”.

And after reaching first place in last year's edition of the survey, Sweden has slipped to sixth place, with the Netherlands taking the top spot and Switzerland, Denmark, Finland, and Germany all ranked above Sweden. The slide to sixth place takes Sweden back to its 2015 position.

One reason for the decline was its ranking for International Peace & Security, for which it was ranked a lowly 67th, due to the role of Swedish troops in international violent conflicts and the country's arms exports. This ranking was a drop of 15 places from 2016, but still a significant improvement on 2015, when it was placed 111th.

Speaking to The Local, Anholt stressed that the differences between first and sixth place in the 163-country were “absolutely tiny” and “not worth fretting over” however, adding that each of the countries placed in the top 20 could feel confident that they did more good than harm outside their borders.

Sweden retained its number-one ranking in one category, Health & Wellbeing, which looks at how well the country contributes to to resolving pandemics and sending doctors to international health disasters, among other things. It also came third for Prosperity & Equality, a category primarily based on trade, and one in which Sweden was ranked first in 2016.

Further top ten placements were achieved in World Order (4th) and Culture (5th), which looked at press freedom, freedom of movement, and exports of creative goods and services.

So what does Sweden need to do to regain its top spot? Reducing arms exports would be the most significant step towards improving its score, and Sweden was also ranked poorly for the number of foreign students studying in the country relative to the size of the economy, a finding which affected its score in the Science & Technology category.

But Anholt said that Swedes shouldn't worry too much about rising back up the rankings, “as long as it they don't keep moving downwards”.

“What would impress me far more would be if Sweden decided to treat the responsibility that comes with being a Good Country as a national strategy, and work with some lower-ranking countries to improve their scores. Constantly seeking to get a better rank than everyone else is exactly the opposite of what I'm hoping to achieve!” he said.

“I would urge Sweden and the other countries at the top of the Index to see their high rankings not so much as an accolade or reward for their good behaviour, rather as a reminder of their duty to share that model more widely.”

Anholt set up the Good Country Index to measure countries' success in a new way, to better reflect the role they play in a globalized world.

“There are hundreds of country surveys and rankings out there, but they all look inwards, measuring the performance of countries individually. Yet whether we like it or not – and lots of people don't like it – we live in a closely interconnected, heavily interdependent world, and everything we do has an effect outside our own borders: on people in other countries, on the planet, on other species,” he told The Local.

“Sweden may be a wonderful place for the people who live there, but what about everyone else? Should they feel glad that Sweden exists?”

“The reason why this attitude is important is because we've been trying the opposite way for a hundred years and it's clearly not working,” Anholt continued. “When each country only serves its own interests, the global system becomes eroded and will eventually collapse. We need much more co-operation and collaboration between countries, and a little less competition: this is a far better recipe for peace and prosperity both within and between countries.”