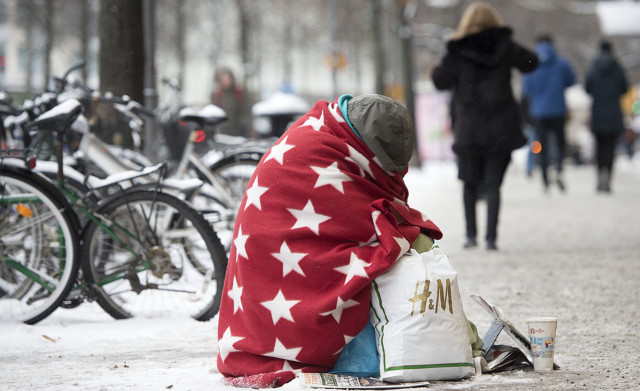 There are problems with poor and vulnerable people being lured to Sweden with the promise of work only to find themselves forced to beg or work under difficult conditions. Just last week for example a large group of people were detained for allegedly transporting Bulgarian citizens to Sweden in order to beg, then taking their earnings.

In order to tackle the problem, the Social Democrat-Green government wants to create a new crime under Swedish law, “human exploitation”.

“It fills two gaps. One is the situation where someone earns money based on another person's begging, which is not covered today by standard human trafficking laws. The other is where people are used as labour in completely unreasonable conditions,” Justice Minister Morgan Johansson explained.

“We have a situation today that we didn’t have five or ten years ago, where a lot of people living in Sweden are in that position. There's a reason why we need this legislation,” he continued.

Problems today include beggars being forced to pay in order to be allowed to sit in a certain place and beg, being forced by violence or the threat of violence to beg, or having their money seized from them.

“It could be that someone comes and collects money on a regular basis that others have begged for, or that people are put into debt then exploited to pay the loan,” Johansson noted.

People who have had an asylum application rejected but not yet left the country are another group being exploited:

“They can be easily exploited by unscrupulous employers. Work for 10 kronor an hour and live in a basement”.

The minimum and maximum punishments for human trafficking and other crimes of exploitation would also be increased.

The government wants the law changes to come into force by July 2018.

“As soon as this comes into force we’ll see more people being held responsible, but also a strong preventative effect – it will be clear to any eventual perpetrators what the rules are, and that they risk being prosecuted,” Johansson concluded.