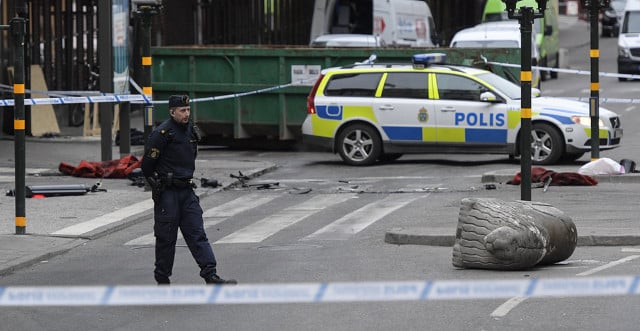 “A lot of the evaluation suggests that the police on the scene chose to prioritize protecting the public before themselves,” Swedish police tactical council head Jonas Hysing told Sveriges Radio.

Officers said they did not have time to take equipment with them, as well as that in some cases the equipment did not exist. That included weapons, bulletproof helmets and bulletproof vests.

“Most attacks are over in under 15 minutes, so you don't have time to travel then collect things, they have to be there from the beginning,” assessment leader Hysing noted.

An order for 3,000 new equipment packages has been made and will be delivered in the new year.

The overall conclusion however is that the operation went very well. It was quickly identified as a terror attack, and police were prepared for any further attacks. The suspect, Rakhmat Akilov, was also arrested shortly after the attack.

The evaluation suggested however that there could be an improvement in how the public was warned, as well as cooperation between emergency services and ambulances.

Five people were killed and around 15 injured when a truck was driven down Stockholm’s busy Drottninggatan shopping street on April 7th.