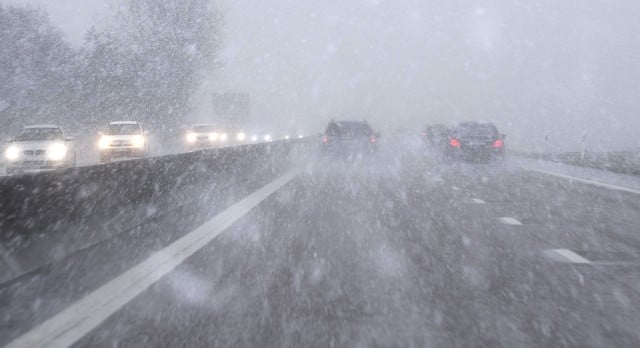 The roads have been tricky in southern Sweden due to the weather. Photo: Johan Nilsson/TT

SMHI has issued a class one warning (the least serious on a scale from one to ten) for Halland, Västra Götaland, Jönköping and Kronoberg counties.

“Right now there's rain and sleet, but the intensity is expected to pick up over the afternoon and evening and get more and more snowy. In the highlands there could be up to 10 centimetres of snow in areas,” SMHI meteorologist Charlotta Eriksson explained to news agency TT.

The snowfall in combination with dropping temperatures in the evening will create ice and could therefore produce traffic disruption.

Problems on the roads have already been reported on Thursday morning. Local newspaper Jönköpings Posten reports that there have been some accidents caused by ice during the night, including an incident with a truck near Mullsjö, but there were no serious injuries.

Snowfall has caused problems on the roads throughout the week so far, with accidents in Jönköping and Östergötland in particular. Police advised drivers to keep their distance and adjust their speeds according to conditions on the road.