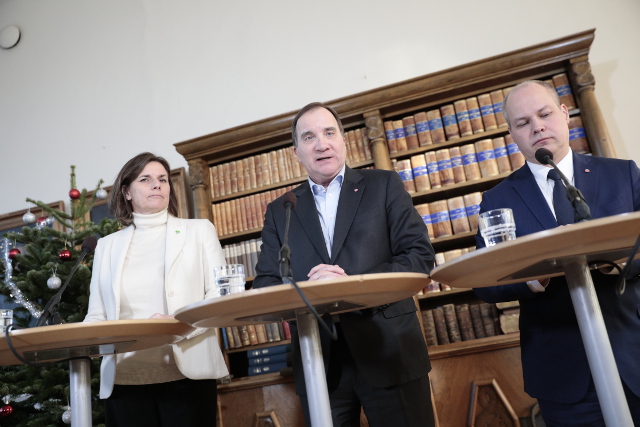 If a person has not agreed in words or by their clear actions that they are willing to engage in sexual activity, then forcing or coercing them into a sexual act will be illegal. The hope is that this sends a clear message to society that any non-consensual sexual contact or activity is against the law and therefore liable to prosecution.

Under current Swedish law, the Swedish term for “rape” covers a multitude of sexual offences that may or may not have occured under threat or violent circumstances. Under the new sexual consent law, due to be legislated during 2018, perpetrators may be prosecuted even without the presence of violence or the threat of violence.

As the Swedish Prime Minister Stefan Löfven said in a press conference, “It should be obvious. Sex should be voluntary. If it is not voluntary, then it is illegal.” “If you are unsure, then refrain!”

READ ALSO: All of The Local's articles on the #MeToo movement in Sweden

Past critics have claimed that the new law will not result in more court sentences, but the government and Löfven stress that it is also designed to change societal norms:

“We want to change society's attitudes and values”.

As part of their agenda the government is also planning a series of related legislation, including improved victim support services, legislation against sexual exploitation and human trafficking, making sex purchases abroad illegal, and higher prison sentences for offenders. There is a 10-year plan in place to combat men's violence against women, and plans to introduce electronic tagging of domestic abusers.