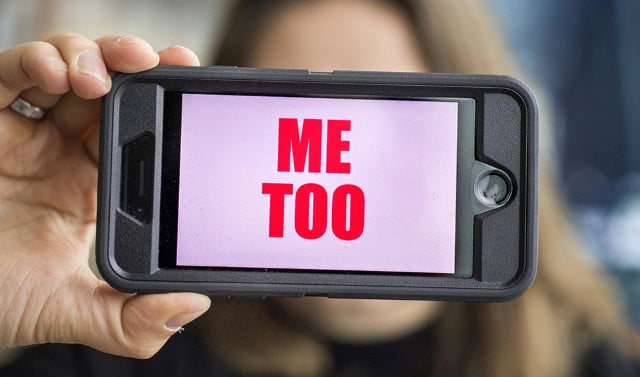 An Ipsos survey for newspaper Dagens Nyheter (DN) designed to gauge how #MeToo has affected Swedes showed that seven out of 10 said they had “spoken about the subject of sexual harassment with friends or family” in recent weeks.

READ ALSO: All of The Local's coverage of the #MeToo movement in Sweden

In the 30-60 age group in particular more than half said they had spoken about #MeToo in the workplace.

“The figures show that speaking out about sexual harassment has had a huge impact, and men have spoken about it just as much as women. That's the most important conclusion you can draw,” Ipsos polling guru David Ahlin told DN.

“The figure that touched me the most is that three out of 10 women say that they spoke out about their own experience of being subjected to sexual harassment. That’s a very high proportion, and says a lot about the extent of the problem in society,” he added.

The survey was carried out between December sixth and 14th, and took in the opinions of 1,011 people across an age group of 18-75 and the entire Swedish political spectrum.

READ ALSO: Here's how we can prevent a backlash to #MeToo