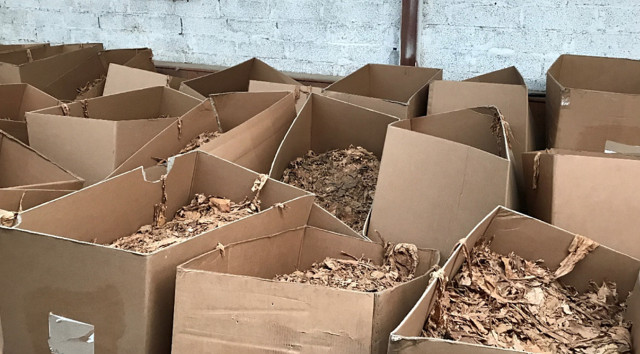 Some of the contents of the illegal factory. Photo: Tullverket/TT

The operation was rumbled when the customs authority was tipped off about illegal cigarettes being sold in the area around Vara, south-western Sweden. Reconnaissance then singled out a suspicious van, in which 250,000 cigarettes were subsequently found.

That led them to the horse farm, where a raid revealed machines for manufacturing, ten tonnes of tobacco and over 15 million finished cigarettes. Machinery from the factory. Photo: Tullverket/TT

The haul is one of the biggest ever seized in western Sweden.

The three men were convicted for having cheated the Swedish state out of almost 55 million kronor ($6.5 million) in tax. One of the men, a 30-year-old, will face nine months in prison then deportation, while the second who is 35 is to be jailed for three years, as is the owner of the farm who is also 35.