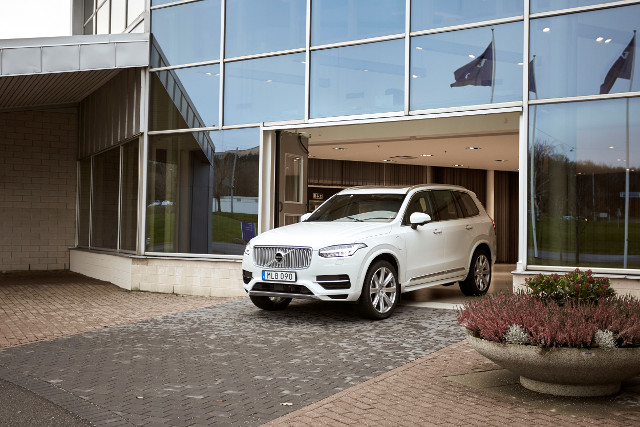 One of the self-driving XC90s being tested by Swedish families. Photo: Volvo Cars

The cars which have been supplied to two families and will be tested by a total of five families in Gothenburg throughout 2018 can autonomously stay in lane on the motorway, turn with the contour of the road and maintain a speed that keeps them a safe distance from the vehicles around them.

For the moment the drivers must keep their hands on the wheel however, and the vehicle emits a warning signal if it detects that the driver is not paying attention. Data from the cars will be used to help Volvo reach its goal of having completely autonomous vehicles ready for sale to the general public in 2021.

The cars being tested in Sweden are fitted with cameras and sensors which monitor their behaviour and take in information about their surroundings. The families will eventually get to test more advanced self-driving functions after completing special training programs.

“Testing of the more advanced cars will take place in controlled environments and will be supervised by a safety expert from Volvo Cars. No technology will ever be introduced if there are questions over how safe it is,” Volvo said in a statement.

READ ALSO: Volvo on track to break another sales record

Volvo has made a notable push to embrace new technology this year, announcing earlier in 2017 that it plans to equip all new cars with an electric motor from 2019 and thereby become the first traditional car maker to do away with vehicles using solely combustion engines.

It also signed a mammoth deal with Uber to provide “tens of thousands” of self-driving cars to the ride-sharing firm between 2019 and 2021.