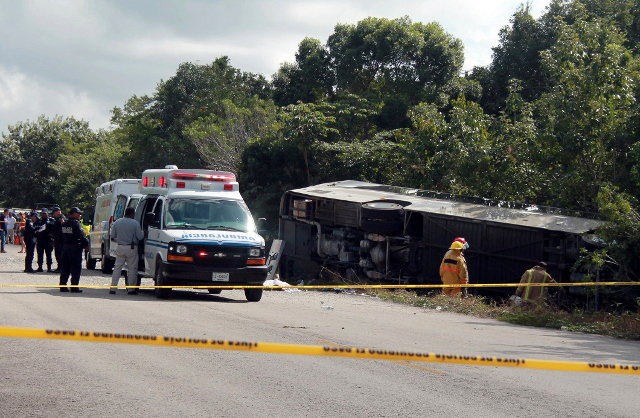 The scene of the bus crash. Photo: Novedades de Quintana Roo via AP

The bus, which skidded and rolled off the road early on Tuesday in Quintana Roo state, was transporting passengers from two US-based cruise ships to archaeological sites.

Along with the fatalities, the crash left 13 people injured, the Mexican officials said in a statement.

The Swedish foreign ministry confirmed that Swedes were among the victims.

“Two people (from Sweden) have died, another two have been injured,” spokesperson Rasmus Eljanskog told Aftonbladet.

US authorities also on Wednesday confirmed “multiple” American deaths in the crash.

“We express our heartfelt condolences to all those affected by this tragedy,” State Department spokeswoman Heather Nauert said.

“We are in contact with local authorities, and will continue to monitor the situation,” she said. “We have staff on the scene and at local hospitals to assist victims and loved ones.”

The Quintana Roo state government said three of the injured are Canadian, four Brazilian and four American, and that two injured Swedes had been transferred to the United States.

The accident occurred near the Caribbean coastal town of Mahahual, on the Costa Maya about 290 kilometres (180 miles) south of the popular tourist city of Cancun, where numerous cruises come in to dock.

The passengers on the bus were from two cruise ships run by Royal Caribbean, a major US company based in Miami.

The ships, the Celebrity Equinox and the Serenade of the Seas, each with a capacity of more than 2,400 passengers, were sailing from Florida on week-long Caribbean voyages.

Royal Caribbean’s corporate office tweeted on its @RCLCorp feed that the 27 passengers had been on their way to Chacchoben, a site of 1,400-year-old Mayan pyramids.

“We are working with the local authorities to learn more about the accident. We are doing all we can to help our guests,” it said.

Images from the scene showed the coach flipped on its side next to a tree-lined road; several passengers could be seen around the vehicle.

The driver survived and was being detained for questioning. A Mexico state prosecutor said the initial investigation suggested that the accident had been caused by negligence and speed.

“Due to a lack of care the driver lost control of the bus' steering to the right, leaving the asphalt,” NBC quoted state prosecutor Miguel Angel Pech Cen as saying at a news conference.

Quintana Roo is Mexico’s most popular destination for foreign tourists. 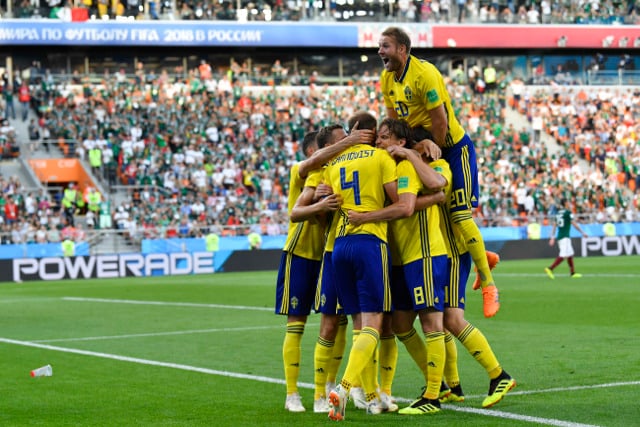 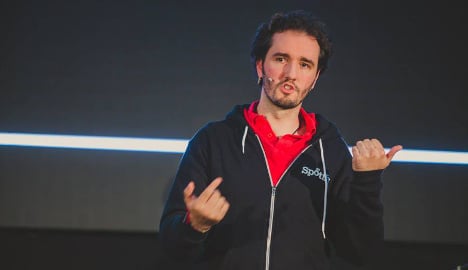 EXPAT
‘Foreigners like to whine about Sweden, don’t they?’
Url copied to clipboard!