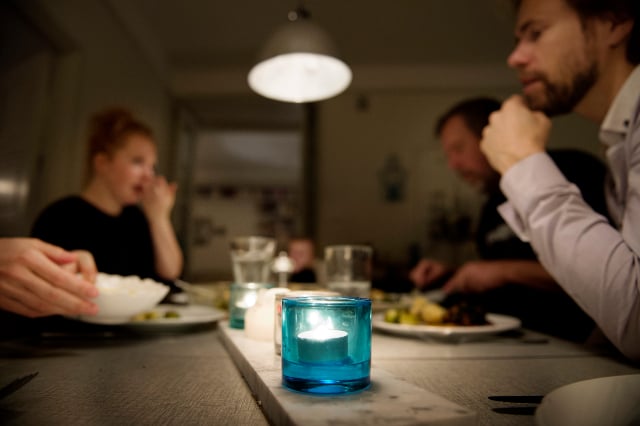 Everyone deserves a Swede in the house. Photo: Jessica Gow/TT

If you're thinking about moving in with a Swede – whether it's your partner, friend, or mother-in-law – I can tell you that you're in for a treat.

You see, there's no better housemate than a Swede. Here's why.

1. They respect your personal space

Swedes have a deep-seated fear of getting too close to people physically. The late, great Swedish etiquette expert Magdalena Ribbing once told me it had something to do with the fact that Sweden is so big and empty and that “people hadn't been talking to each other for a long time”.

If you've ever seen Swedes lining up for a bus you'd know that the importance of personal space lives on. In terms of housemates, you can bet your bottom krona that your Swede will give you plenty of space – because they want their own!

Waiting for the bus in @sweden  pic.twitter.com/PhAg4Zoens

2. They understand cosiness – heck, they invented it!

No-one does cosiness like the Swedes, not even the Danes. Yes, you'll no doubt have heard about the Danish lifestyle of hygge, which is basically just a Danish version of mysighet, but which has apparently gone viral over the past few years. If you want comfort and cosiness, the Swedes will nail it every time, and they won't brag about it like the Danes do. Step inside a Swedish home, especially in the winter, and you'll be floored by how comfortable it seems. Candles and mood lighting, fresh flowers and cosy blankets, the Swedes know what they're doing. 3. They (probably) know how to bake lussebullar

There's no better Swedish treat than the lussebulle, a saffron bun that's hugely popular at Christmas time. And as luck would have it, all Swedes apparently inherit the recipe at birth, and magically pop them out every time the New Year approaches. I came home the other day to warm lussebullar on the kitchen table and I just about passed out with happiness. If saffron isn't your thing, don't fret, Swedes have loads of baked goods up their sleeves, so you can probably expect sweet treats throughout the year. Don't ask questions, just keep encouraging them to make more. Lussekatter, passed down from generation to generation of Swede. Photo: Fredrik Sandberg/TT

4. There's no one better to take on an Ikea trip

This one might sound like a joke but I'm deadly serious. Once I took my Swedish fiancée to Ikea and she looked at a chest of drawers and said “Oh wow, they make this in blue now”. I couldn't believe it. She actually knew the catalogue so well that she noticed a colour change. And the Swedes, as a rule, actually enjoy going to Ikea (something to do with the meatballs, as I understand). This means that when it's time to furnish your home, you'll have an expert on hand to help. And as a bonus, the Swedes can actually pronounce the names of the furniture. They even enjoy it. Photo: Tomas Oneborg/SvD/TT

If you like coffee, then you'll like the Swedes, because coffee is their lifeblood. Surveys often point out that the Swedes are among the thirstiest coffee drinkers on the planet, and you can bet that your household will never run dry. Having a Swede in your house is like sharing your office with a British tea-drinker – you can guarantee there'll be hot drinks flowing faster than you can say påtår (refill). Warning: Swedish coffee is particularly strong, so don't try and keep up with your housemate. A common sight in a Swedish home. Photo: Henrik Montgomery/TT

6. You'll be saving the planet

The easiest way to horrify a Swede is to throw recyclables in with the regular garbage. Swedes are so good at recycling, in fact, that they've been running out of rubbish in recent years and have had to import it from abroad. If you move in with a Swede you'll have no choice but to follow their revolutionary lead and separate your rubbish. You'll be doing your bit for the planet on the way. Don't put plastic with paper, whatever you do. Photo: Erik Simander/TT

7. It will be an equal household

And lastly, here's one specifically for those living with a partner of the opposite sex. You guys can rest assured that there's gonna be a strong dose of equality in your household, so you can leave your pre-conceived gender ideas at the front door (along with your shoes, thank you very much). Expect cooperation at every step, when it comes to work, housework, and parental leave – this country does gender equality on steroids and it's no difference in the house! The rest of the world is still catching up on this one, so next time you're washing the dishes, you can consider yourself a trailblazer. Expect to be an equal partner in a Swedish household. Photo: Jessica Gow/TT

Oliver Gee has worked for The Local Sweden and The Local France. He is currently a freelance journalist in Paris and the host of The Earful Tower podcast. Follow him on Twitter here. 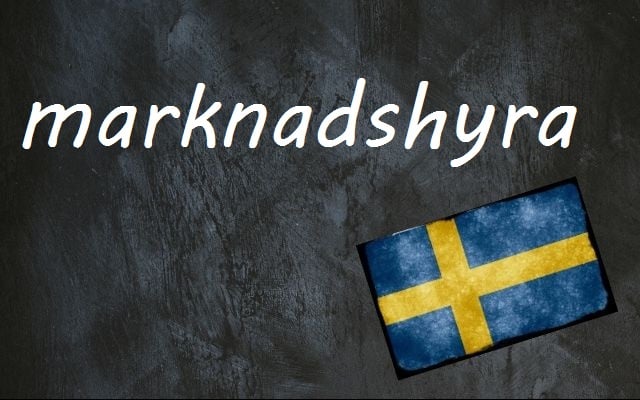 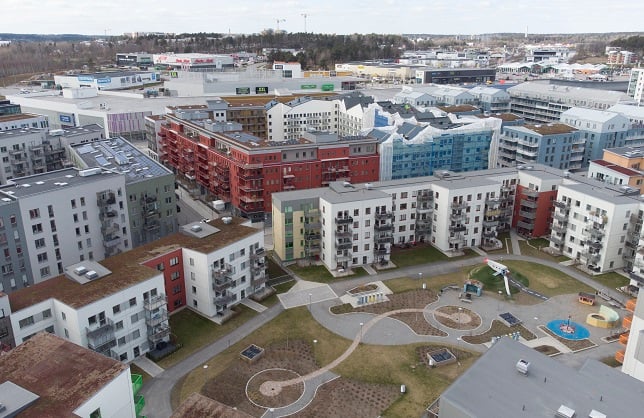 POLITICS
How do rent controls work in Sweden and why did this issue bring down the government?
Url copied to clipboard!