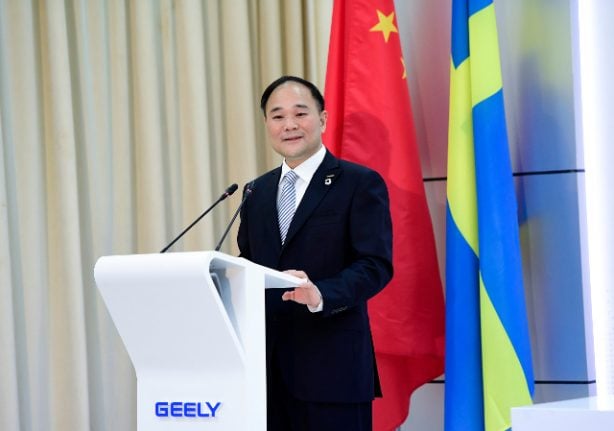 “We are pleased with the deal otherwise we would not have gone through with it. We have been part of Volvo for 11 years and transformed it from a mediocre company to the best in the business,” said Christer Gardell, founder of investors Cevian which sold its shares to Geely, in a comment to newswire TT.

Geely acquired Volvo Car Group – a separate entity from Volvo Trucks – in 2010, but said any major shake-ups were not yet on the cards, suggesting it is not moving to reunite the two businesses.

“Given our experience with Volvo Car Group, we recognize and value the proud Scandinavian history and culture, leading market positions, breakthrough technologies and environmental capabilities of AB Volvo,” Geely chairman Li Shufu was quoted as saying on Wednesday.

Gardell said the move should be seen in the context of Geely’s expertise in the Chinese market, electrification and developing self-driving vehicles – which should boost the truck maker.

“We haven’t been out selling. We were approached and there have been ongoing talks. In the past few weeks those talks have intensified and become very concrete negotiations,” he told TT.

The deal makes Geely the largest individual shareholder (8.2 percent) of Volvo Trucks, giving it control of the second-largest number of votes (15.6 percent) after Swedish Industrivärden.

The exact value of the investment was not disclosed, although Reuters and Swedish business experts estimated that it amounted to around 27.2 billion Swedish kronor ($3.26 billion).