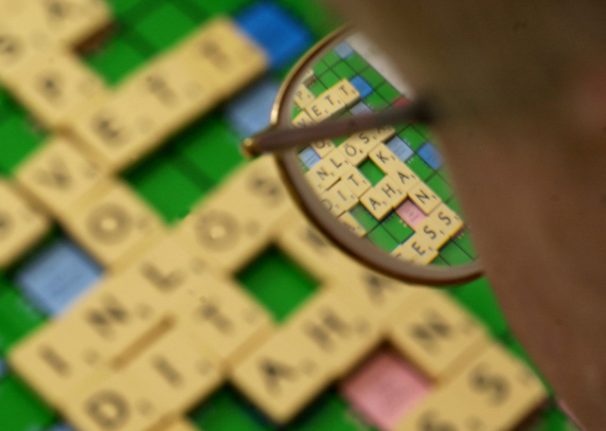 Every year, the Swedish Language Council publishes a list of new, popular or topical words of the year. This year 38 new words that became part of daily conversations are on the list, released on Wednesday.

Unsurprisingly, global politics have a major influence with many international words getting their Swedish equivalent, but there are also a few uniquely Swedish words on the much-anticipated list.

We’ve listed our ten favourites below.

As you've probably guessed, cringe refers to an acute feeling of embarrassment, and is just one of many English expressions to get picked up in Swedish. The Swedish adjective then becomes “cringeig” and the verb “cringea”, which can cause any native English speaker to, well, cringe.

When instead of having a funeral, a dead body gets taken directly from the hospital to get cremated, without any relatives attending. It is becoming more common in Sweden where five percent of all burials take place without a ceremony, according to figures from 2016, either because the person was alone or because they did not want their loved ones to have to organize a funeral for them.

'Döstädning' (death-cleaning) is a method of decluttering based on which objects will be of value to loved ones after your death. The Local interviewed author Margareta Magnusson earlier this year about her no-nonsense book 'The Gentle Art of Swedish Death-Clearning'. Talk about Swedish pragmatism.

The Swedish word for fake news. Sweden has also had it share of those this year. The Local took an in-depth look at Sweden's efforts to battle disinformation campaigns in this article, and highlighted some of the examples of fake stories spread by certain sections of global media and social media.

Kompetensutvisning literally translates to “competence deportation” and refers to the number of highly skilled workers who were told to leave Sweden this year because of minor administrative errors in their work permit applications. The word was coined by newspaper Svenska Dagbladet.

A landmark court ruling in December could put an end to this, as The Local has reported.

Literally “dude guess”, killgissa refers to people (often men) who “claim something in a way that makes it sound like you know what you're talking about even though you're really only guessing”.

A portmaneau word of “plocka” (pick up) and “jogga” (to jog), which refers to people who go for a run and pick up litter from the ground while they're out, combining two of Sweden's favourite pastimes: exercise and being environmentally friendly.

When you're offended on someone else's behalf. For example, if a Swede makes a joke about Norwegians and a Dane gets upset about it, they are “sekundärkränkt” (“secondary offended”).

“Serial infidelity” doesn't refer to a cheating spouse, but when you've been following a TV series with your partner – and your partner then watches an episode without you. That's just not done.

Forest bath. A form of therapy where you spend time in the forest to reduce stress. Luckily 55 percent of Sweden is covered in forest.