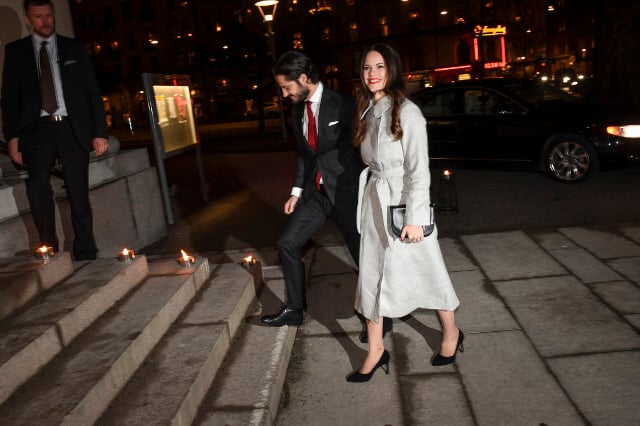 Prince Carl Philip and Princess Sofia were asked for their thoughts on the campaign by broadcaster SVT, and much like the King has previously, they highlighted its potential to spark change.

“It has created a movement in a short time that will make a marked difference to society. It's unbelievable,” Sofia said.

“It's extremely important that we speak about these things.”

“A huge force,” Carl Philip continued, adding that they have been following the developments around the issue.

“But I would also like to highlight the issue of respect for the average citizen.”

READ ALSO: All of The Local's coverage of #MeToo in Sweden

Sweden's King Carl XVI Gustaf expressed his support for the #MeToo movement in November, saying it was good that women were telling their stories, and predicting positive change as a result:

“It's probably good that you look under old rocks. In the end something good will probably come of this”.

Both men and women should listen to their fellow citizens more, he added.

“It is needed in order to build something good, together.”