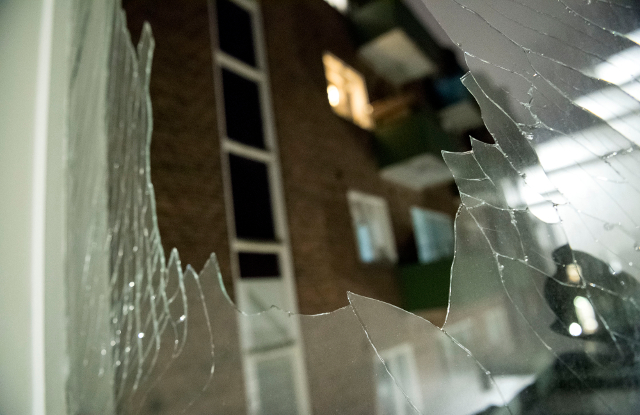 Police were called out to the blast just before 1am. Photo: Johan Nilsson/TT

Police were called to the scene just before 1am. The blast happened in a communal area of the building.

“The damages to the property are so extensive that they have decided to evacuate those who live there,” police control room officer Mikael Lindh told the TT news agency early in the morning.

Police forensic officers and the national bomb squad spent the rest of the night at the scene.

A woman who was injured in the explosion was taken to hospital by ambulance. Her injuries were initially described as serious, but the hospital later said her condition had improved and her injuries were minor.

It had by 11am not been confirmed what caused the explosion. Police at the scene in the early hours of Tuesday. Photo: Johan Nilsson/TT