A poster at Sahlgrenska hospital in Gothenburg. Photo: Thomas Johansson/TT

Gothenburg has been battling the outbreak since the first case was confirmed at Sahlgrenska University Hospital on December 10th, and on Friday Västra Götaland Regional Council said that the number had risen to 15 – two more than the previous update on Thursday.

One of the two new cases is a woman who was infected in Västra Götaland and sought treatment in Västerbotten, northern Sweden.

Not included in the 15 is a further suspected case in neighbouring Halland however, where local health officials said they would not be able to make an accurate diagnosis until Saturday.

Most of the 15 confirmed cases are adults and are believed to have been infected while visiting Sahlgrenska.

READ ALSO: More than 60 babies may have been exposed to Gothenburg measles infection

Sweden has been offering vaccination against measles since 1971 and as part of the MMR jab (measles, mumps and rubella) since 1982. 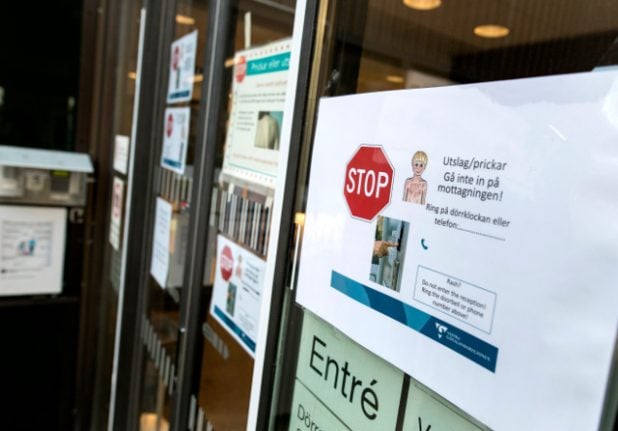 MEASLES
More than 60 babies may have been exposed to Gothenburg measles infection
Url copied to clipboard!