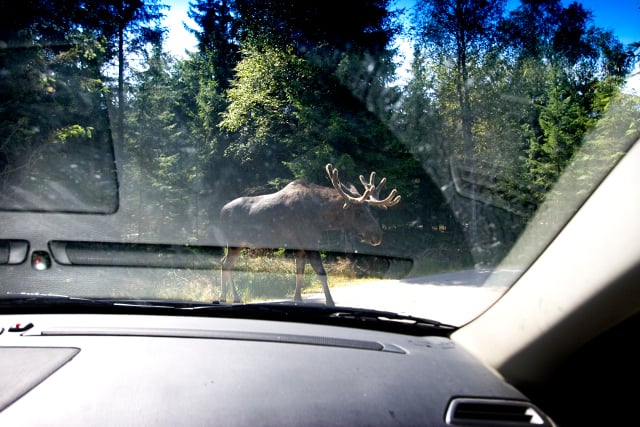 Drivers reported a total of 61,186 wildlife accidents to authorities in 2017, according to the National Wildlife Accident Council – 2,607 more than the animals killed the year before.

The number of wildlife accidents on Swedish roads has been on the increase in recent years. In 2016 the figure shot up 20 percent in one year – the sharpest rise ever.

A warmer climate is believed to be the main reason behind the increase, with mild winters and dry spells in summer causing the animals to travel longer distances in search of water.

“South-eastern Sweden had a very dry summer and no water in ditches and streams,” Boris Karlqvist of Älgskadefondsföreningen, a non-profit group trying to reduce wildlife accidents, told Swedish public radio.

“The animals therefore had to go elsewhere and that meant there was no wildlife at wildlife crossings. The animals had gone to new areas and appeared in completely different places.”

A total of 2,228 reindeer were also killed in road collisions last year, but are not part of the official wildlife road accident statistics because they are classified as domesticated animals herded by the Sami.