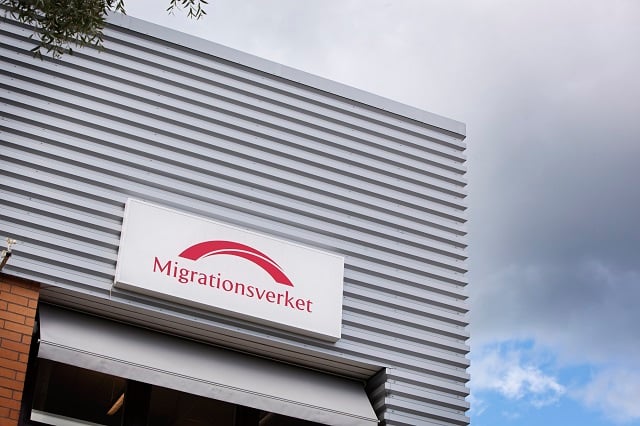 This was a decrease of more than 3,000 compared to 2016, and just a seventh of the figure the previous year, when 163,000 people applied for asylum in the Nordic country.

The majority of asylum seekers who arrived last year came from Syria, Iraq, or Eritrea. And the proportion of unaccompanied minors also fell to 1,336.

The data for Sweden is in line with a recorded drop in migration to Europe as a whole. Across the continent, 2017 saw around 183,000 migrant arrivals, according to the International Organization for Migration. This is half the figure of the previous year, and the lowest number in four years.

Since the peak in arrivals in 2015, the agency has reached decisions on 200,000 asylum cases, and it reached its target for 2017 despite reductions in staff numbers announced last autumn. Of those who received their decisions last year, 56 percent had their request for asylum approved.

A significant proportion of the workload in 2017 came from clearing the backlog in asylum applications from unaccompanied minors, and the agency resolved 18,000 such cases, having set itself a target of 17,000.

Decisions in these cases have been slowed down by controversy over the accuracy of ages supplied by some of the asylum seekers, and the introduction last year of medical age assessment tests.

“We managed it thanks to great effort from our employees. I regret the waiting times for those who applied, but we've now broken a negative trend,” Swedish Migration Agency General Director Mikael Ribbenvik said in a statement.

Around 2,600 further applications from unaccompanied minors are still awaiting a decision; in the majority of these cases, the Migration Agency is awaiting the results of medical tests or other paperwork.