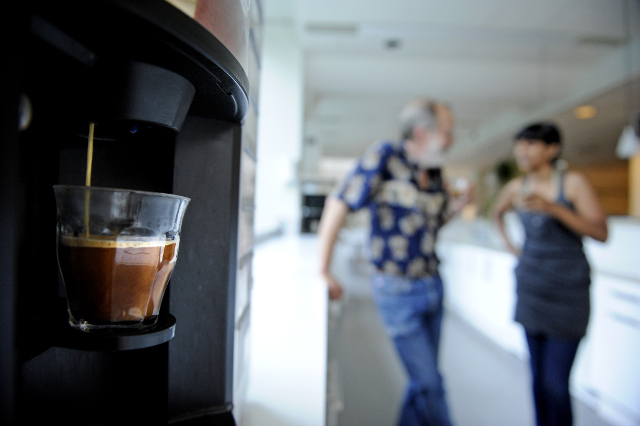 What is the boundary between an internal culture open to critical discussions – and destructive whining?

The answer can be as simple as this: is it a question of discussions designed to solve a problem, or just whining that doesn’t lead to anything more than a bad atmosphere and depleted energy?

With SIFO* recently carrying out a survey that shows one in four Swedes believe there is too much whining on the job, we should expect the issue to be given more attention.

Whining is one of our working environment's biggest problems.

The term 'whining' is defined by researchers as 'sweeping criticism without a clear recipient or criticism directed towards individual colleagues behind their back'.

Whining seems to be linked to certain specific opportunities and areas in the workplace, like at the coffee machine for example.

“We don't have any whining at my company any more, I took away the coffee machine,” a CEO I spoke with some time ago said.

The problem seems to be at its worst precisely in the places colleagues should take a break and gather their energy. The coffee machine and other staff areas.

But is it really so dangerous to air your frustrations a little at work? Shouldn't we avoid taking work problems home?

At the same time as we permit or have a high level of acceptance for whining at work, we're still fighting against growing levels of calling in sick, a lot of which is linked to stress.

Whining directly impacts our stress level because our bodies and brains pay attention to something negative.

Whining means we dwell on that without finding a solution which in turn leans to an increased cortisol output, which can make us sick.

In other words we risk getting sick and more stressed by whining. Whining kills workplace satisfaction. At the same time it steals valuable time from us, time that can be used to solve the problem.

All workplaces have challenges and we need our energy to handle them in the best way. Whining can lead to calling in sick because of stress related illnesses, which the same whining can be a contributing factor to.

But where does all of this workplace whining come from? Whining has, according to Dr Robin Kowalski at Clemson University, five causes:

At a workplace and in a good workforce, where people strive for a prosperous working environment, there is no reason to allow regular whining.

We need concrete measures and consistent work to stoop whining, and that can be done step by step. A new year is a perfect opportunity to have a fresh mental start at a workplace and introduce new guidelines in the culture.

Here are some tips for the managers out there or for those who are employees and bothered by whining at your workplace, and want to bring it up with your employer:

Introduce zero tolerance to whining. As an employer it’s important that you work out guidelines for the internal culture, limit whining and create a more constructive context for vital critical discussions.

As an employee, it's important you take responsibility for how you speak about things and which conversations you contribute to. Think about how your whining is bad for both you and your colleagues' health, and that their whining is actually bad for yours.

1. The energy you spread – positive or negative – is contagious. That applies to everyone in the workplace. Highlight the good things. Speak about problems with a solutions oriented focus. A positive attitude does not depend on what has happened in life, but rather is something that you create every day.

2. Talk about the attitude and climate of discussion at the workplace. That is an equally natural and obvious part of working life as filing papers, admin routines and holiday requests are. We talk about all of these practical things but in many workplaces we forget to talk about mental habits.

3. Encourage each other to always bring up the positive things first. Start meetings by focusing on what went well the previous week, praise colleagues for their efforts, and take the negative things as secondary.

The New Year’s resolution for 2018 should be creating a whine-free working environment!

* One in four Swedes say that there is a lot of whining at their workplace, according to a SIFO study for a PR firm. The study was carried out using telephone interviews between September 4th and 15th, 2017.

This is a translation of an opinion piece by Christina Stielli originally written in Swedish and published by SVT Opinion.