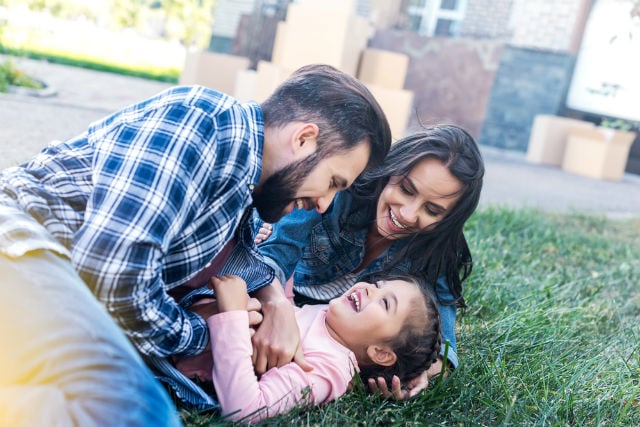 Just one common example is the very Scandinavian “napping-baby-in-a-stroller” debate.

In Sweden, and indeed its neighbouring Nordic countries, it’s fine to leave a baby outside in a stroller while you keep a watchful eye from inside — perhaps enjoying fika or picking up your post.

Leave the Nordics though, and this is a big no-no. So big, in fact, it can mean accusations of child abuse, as it did for one Swedish mother living in Massachusetts in 2011.

Other parenting dilemmas are more universal. There are no straightforward answers; however, the questions asked are often the same.

What will you do when paid parental leave ends?

How will you afford childcare?

Will one parent stop working to take care of the kids?

Who will take care of your child if he or she falls ill?

If you’re a parent, these questions probably sound very familiar. That is, unless you had children in Sweden!

Swedish income taxes may be high, but a large share goes into making sure people don’t struggle once they start a family. As a result, Sweden is often held up as one of the most family-friendly countries in the world.

Still not convinced? Then check out these seven reasons why Sweden is one of the best places in the world to be a parent.

Swedish parental leave is famous (and greatly envied) around the world.

But here’s where the deal gets even sweeter.

As part of the country’s push to increase gender equality, the parental leave days can be shared between each parent as they see fit — the idea being that each parent should take 50 percent. What’s more, 90 of those days are reserved exclusively for either parent and if not used, can’t be transferred to the other partner.

If you need further proof that both parents are taking advantage of parental leave, just look around any given playground on a Tuesday afternoon where you’ll spot half a dozen “latte pappas” congregated around the swings.

“Is Per not in the office?”

Vård av Barn (VAB) — or “vabbing” when used as a verb — is when a parent needs to stay at home and care for a sick child.

While in some countries you might have to take this as unpaid leave, in Sweden the state will pay you temporary parental leave benefits equalling 80 percent of your wage. Parents can VAB 120 days per year, per child.

Pregnant and looking for work? No stress.

While companies in some countries may not be keen to take on new staff that are “in the family way”, Swedish law prohibits employers from discriminating against pregnant job applicants.

It’s also against the law to let someone go because they’re pregnant, so expectant mums don’t need to worry their job’s in jeopardy. In Sweden, children aged a year or older with parents who are employed or studying may attend preschool for the full day, more or less free of charge. Parents of young children elsewhere in the world may be even more envious of this perk than the lengthy parental leave!

Three hours a day of public preschool attendance is free from the autumn term of the year your child celebrates its third birthday. Following that, Sweden has a maximum-fee policy to ensure that everyone can afford childcare.

Fees are income-based with no charge for low-income families and costs capped at 1,287 kronor (around $152) for higher earning parents.

While we’re at it, here’s yet another thing that makes your day-to-day easier as a parent in Sweden.

Parents of children under the age of eight who haven’t finished their first day of school are entitled to shorter working days. Up to 25 percent shorter, in fact, meaning you can work six hours a day instead of eight.

It means no missing school pickups or after school activities, as well as getting to spend more time with your kids in the evening — something working parents around the world often struggle with.

“Children are meant to be seen and not heard” is not something you’ll hear in Sweden.

Swedes are committed to making sure children’s voices are heard, providing them with the care and support they need to grow into stable, rounded adults.

So committed, in fact, that Sweden was one of the first nations to pass the United Nations Convention on the Rights of a Child. It was also the first country to ban all kinds of corporal punishment of children. That means no smacking, no matter what. Don’t let this Swedish term scare you — in fact, you should embrace it, just as so many other parents in Sweden do.

And what exactly is föreningsliv?

It’s something of a catch-all term used by Swedes to describe a society-wide penchant for engaging in organised clubs and associations of all kinds — many of which revolve around children.

In Sweden, sports clubs, cultural groups, choirs, neighbourhood associations — you name it — are all föreningar (literally “association” or “club”) to which “members” belong.

This means that signing your child up for the local football club doesn’t simply mean dropping him or her off at training for a couple hours a week. Rather, you and your family instantly become members of a little community, opening the door to a range of different opportunities to meet and engage with other families.

Everyone gets involved and everyone plays a part.

While it all might sound alien to non-Swedes, it’s a great way to be part of a community, get to know other parents, and also get your head around Swedish democracy, which is something föreningsliv encourages kids to understand from a young age.

For more information in English about parenting in Sweden, visit the Information Sverige portal where you can learn everything from how the Swedish school system works to keeping your children safe on the internet.

This article was produced by The Local Client Studio and sponsored by Länsstyrelsen.