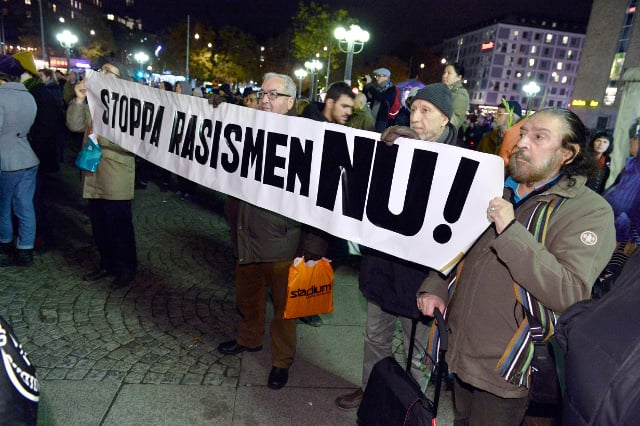 The results come from a Novus survey commissioned by The Living History Forum, which took in the opinions of 1,111 people in Sweden between November and December 2017.

Asked “have you witnessed something you would call racism in Sweden over the last year?”, 47 percent answered yes. And 44 percent said they believe that racism in Swedish society will increase somewhat or a lot in the coming year.

The solution? Almost seven out of 10 said there needs to be more discussion about racism in Swedish society, while almost as many believe that more knowledge about racism would make it easier to discuss it.

“There are many groups in society who don't know how to deal with racism. We receive indications of that all the time,” The Living History Forum curator Ingrid Lomfors told news agency TT.

“These figures are really disheartening, and serious, and they show how incredibly important this issue is for many people.”

The Living History Forum is a Swedish public authority tasked by the government with battling racism. It has now launched a project called “talk racism”, where through webpages and other methods they work to make racism a more openly discussed subject.

“We need a conversation in society based in research and knowledge,” Lomfors concluded.