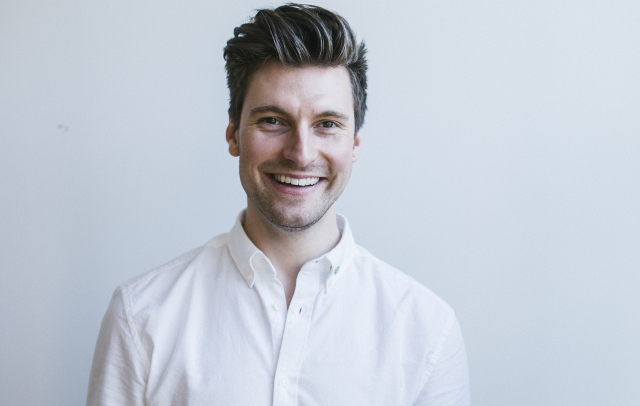 “If you have something good going you have to stick to it, not lose yourself in the moment and think you’ve made it,” Gatenholm notes while reflecting on the rapid rise of his company.

A bioprinting firm that is one of the first in the world to offer 3D printable bioink (liquid that allows human cells to live and grow, which can then be used in fields like cancer research), Cellink was named Startup of the Year at the 2016 edition of the Almedalen politics festival, as well as winning a prize at the 2017 Nordic Startup Awards.

Cellink has a multitude of different nationalities among its employees, and was founded by people with mixed backgrounds. Gatenholm himself is a Swede by birth, but American by upbringing and adopted citizenship – both his life and identity are divided between the two countries.

“I currently live somewhere between Gothenburg and Boston, spending several weeks each month in the latter doing business, but with roots still in Gothenburg and our manufacturing based there,” he details.

“I was born in Sweden, and for the first years of my life I was brought up there, then I spent the majority of my time in the US growing up. My father was a professor at Virginia Tech for a while, then he was back in Sweden. I typically followed him around, so I guess I’m a born Swede and an American at heart.” The 28-year-old started his first company in Virginia while still only a teenager, taking inspiration from the family trade.

“I read a lot about biomedical engineering and had studied the science because my father was a professor in biomaterials, and my sister was going through med school. So I was always around the medical field in one way or another. The first half of my life I battled it and didn’t want to do it, then the rest I realized I may as well admit it was the path, and make the best of it,” he laughs.

Though already on the right path in the US, Gatenholm made the bold decision to end his business activities there and seek further education abroad, believing strongly that he needed further skills.

“I made an exit from the company in the US in 2012, and when I did that I realised my education or the things I knew were simply not enough to take the company to the next level,” he recalls.

“I realised I needed to either go back and study business and keep building on that knowledge, or go and work for a company and get industrial experience.”

It was at that point that a return to Sweden was on the cards. Unlike in the US, he could seek further education for free in the Scandinavian country, so an MBA at Gothenburg University felt like the right move.

In hindsight, considering how well his business with Cellink has performed, it was the right move. Things have moved quickly to say the least.

It all started with meeting Cellink’s other co-founder, Hector Martinez, a Mexican who also moved to Sweden to study. After a discussion at a lab one day the two discovered they shared a common interest in developing materials for growing cells, and in particular 3D cell culturing. “We should sell this stuff,” they decided. And they did.

“I started Googling ‘materials for bioprinting'. There was nothing. If there’s something I've learned, it's that if you Google something and it doesn’t come up, there’s a potential application — it's an easy test,” he muses.

“We got together again a few days later, decided to take some pictures of the material in a cartridge or syringe, then throw up a website and webshop to see if it sells. That is literally how it came about. We launched the site that evening – two hours later we got our first order. It was so awesome – 500 dollars, we were stoked, jumping around. After that it was just natural. I went back to what I had learned from starting companies – realised I needed to get the company going, protect the trademark, make a name. It has grown really nicely since then.” The business started on January 27th, 2016. In the first three months they operated solely on the income from selling the product, charging 50 percent in advance then using that to make more product to sell, and continuing the cycle. After four months, they took in an investment of around 300,000 dollars. At which point, one of the lead investors had an idea.

“The investor said 'why don't we take this public?'. In the US that’s a big no-no – you don’t take your company public in the first year. But he said ‘here in Sweden you can take companies public quite early’. So we agreed. It was a simple decision we took and we stuck with it – that has been a strength for us, we stick with our decisions,” Gatenholm emphasizes.

“In November 2016 we listed the company, were one thousand percent oversubscribed, and the stock went up over 100 percent on the first day of trading. But even after the IPO, we went back to our hotel room, took care of business, and kept innovating. We knew that no matter what happened we had to keep selling our product, keep taking care of customers, keep innovating. That was the bare minimum.”

One of the uses of bioink he is particularly excited about is in cancer treatment, where it could help cut out animal testing, removing the ethical decision of having to inject animals with cancer cells while at the same time saving money and time. With the ink, tumors can essentially be printed, then drugs tested on them. Only this month Cellink announced a deal with French medtech company CTI Biotech, in which the Swedish firm will help produce replicas of tumors that can then be used by researchers to find new treatments. Cellink's rapid rise speaks well of Sweden’s startup environment – the country is often keen to promote itself as one of the global leaders for innovation and setting up businesses. So what’s the secret?

“Starting a company is easier to do in the US – you need about 600 dollars, go online, sign up, register the name and you’re good. In Sweden, it’s more complex as you need capital of 60,000 kronor. That’s a lot of money if you’re just about to start, but I actually think it’s a pretty good idea: you need to have an idea of what you want to do,” he argues.

“It requires you to have a plan. Especially if you’re young and don’t have a lot of savings. Then, the Swedish economy is prosperous, growing well, and there are a lot of highly educated individuals. As education is paid by taxes, it’s a lot easier to find people who are ready to work, and don’t cost an arm or a leg. There are a lot of well-educated people.”

Asked if he would recommend Sweden as somewhere to start a business, Gatenholm highlighted that the easy access to a highly-educated workforce as a big draw.

“You can’t find such a highly intellectual environment anywhere else in the world. With the US, if you take Boston for example of course you’ll get lots of highly educated individuals, but if you take the entirety of the US, which is huge, it'll be different.”

“In Scandinavia there’s huge growth potential, a lot of new technologies, and still a low supply of entrepreneurs willing to drive something.”

His advice for anyone else looking to follow in Cellink’s footsteps is to not abandon their roots however, even if they choose Sweden as their home.

“Coming from the US, you bring a completely different perspective and way of running businesses: the heavy marketing, sales pitches, cold-calling background. In Scandinavia they’re not so used to that yet, but I think it works.”

“My advice is don’t try to blend in all the time. Try to stick out. It actually makes a difference,” he concludes.