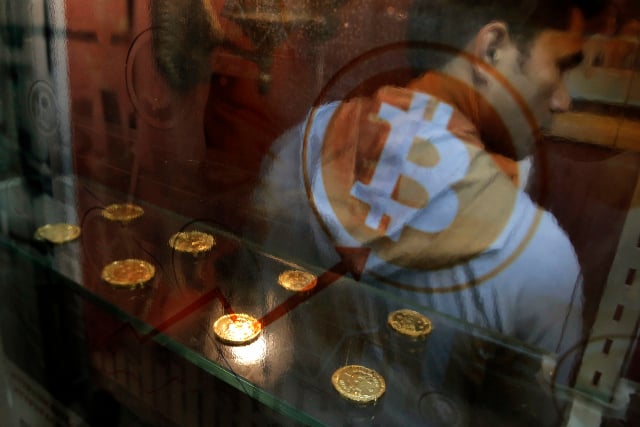 The Riksbank revealed in November 2016 that it was researching the possibility of launching its own digital currency in the form of an “e-krona”. Now, HSBC global economist James Pomeroy predicts Sweden will be the first country in the world to do so, and could launch within the next few years.

One reason Sweden is particularly well positioned to be a leader in the field is that the card-friendly country is already more than comfortable with non-physical financial transactions.

“Sweden is noticeably further ahead than the UK, mainland Europe and the US, which is a long way behind in this trend. Because of how technologically developed it is, you see a lot of new interesting things in economics quite a while before you see it elsewhere,” Pomeroy told The Local.

“Sweden is really a standout in how cash usage is changing, with the use of cash for payments dwindling from about 40 percent in 2010 to about 15 percent in 2016. The Riksbank will publish more data on this this year and I wouldn't be surprised at all if it has fallen below 10.”

READ ALSO: Sweden could soon have its own digital currency

The HSBC analyst thinks that it is no longer a question of whether Sweden will launch its own cryptocurrency or not, but rather, what specific form it will take.

One option is to have a blockchain-style registered system which would use peer-to-peer e-krona accounts working from a central database in a manner similar to Bitcoin. The other would be a value-based system, using an app or card which has credit added to it and acts as an intermediary, linking transactions to a database.

The register-based system would take more time to set up, but the Riksbank's analysis suggests it could be more advantageous in the long run.

“I get the sense it's inevitable the Riksbank will do something, the question is what form does it take? Is it, as they put it, a value-based system, or is it a register-based system, which is like Blockchain. The Riksbank said the latter allows you to do more, but they don't know if the technology works yet. If they have to rush into doing something, it's more likely they'll do the value-based system, but if they take longer to do it and see how the technology progresses, you could see the register-based system, which is essentially a central bank cryptocurrency,” Pomeroy explained.

READ ALSO: Sweden predicted to be cashless society by 2030

Along with the widespread use of non-cash transactions and high level of technical competence, the analyst thinks Sweden's young population makes it even more likely to adopt a cryptocurrency in the near future.

The new currency would not necessarily replace cash however – it could instead be an effort to get ahead of the curve and prevent a potential crisis situation where cash is no longer an accepted means of payment, something that can already be seen slowly creeping into Swedish society in the form of “cash-free” cafes and shops.