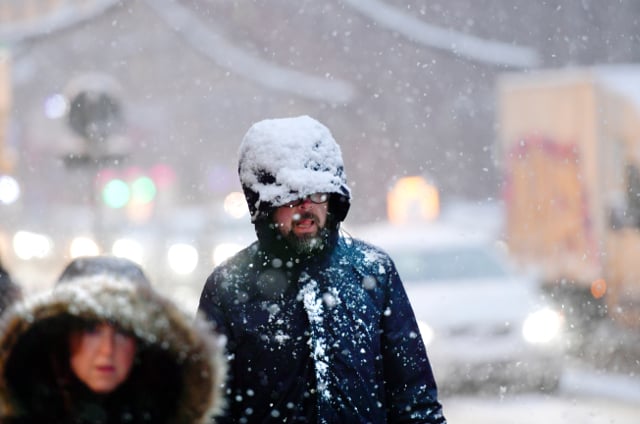 Snow warnings have been issued for large parts of Sweden. Photo: Anders Wiklund/TT

National weather agency SMHI issued a class one alert (the least serious alert on a scale from one to three) for most of southern and central Sweden, warning of snow, wind and in some cases flooding.

Between 15 and 20 centimetres of snow is expected to fall in Västernorrland, Gävleborg, Dalarna and Värmland counties between Tuesday and Wednesday, the weather agency told tabloid Aftonbladet.

Bohuslän, Gothenburg, Kronoberg, Kalmar and Blekinge should expect 5-10 centimetres, while Halland and Skåne in southern Sweden are expected to get around five centimetres of snow.

“It could in some parts get a bit chaotic on the roads,” SMHI meteorologist Marcus Sjöstedt told Aftonbladet earlier in the week.