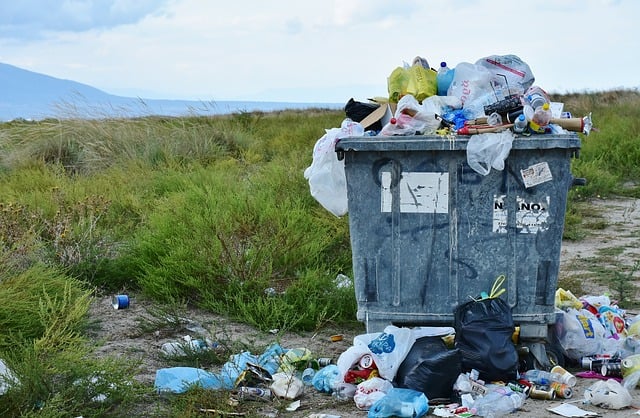 It’s hard to turn your head in Sweden these days without being greeted by messages promoting the importance of sustainability and protecting the environment.

On a national level, the government a new Climate Act came into force on January 1, 2018calling called for the country to have zero net emissions by 2045, in part by reducing transport sector emissions by 70 percent by 2030.

And the city of Stockholm was one of the first cities to have its own climate action plan and has its own strategy to be fossil-free by 2040.

While government leadership is important in promoting climate-friendly policies, much of the responsibility for actually such goals lies with regular people and their own behaviours.

Old habits die hard, the saying goes — so what can be done to get the public to also adjust their actions in ways that help support Sweden’s broader climate policy goals?

One Swedish researcher at the University of Gothenburg has taken a closer look at how to best tackle the issue by comparing different methods to encourage people to adopt more climate-friendly behaviours.

In his research, Magnus Bergquist, a PhD candidate in the psychology department,tested several approaches aimed at increasing people’s environmentally-friendly behaviour.

He ran a total of nine experiments involving close to 2,000 participants comparing competition-based approaches with methods based more on social norms.

For part of the study, Bergquist conducted two online-experiments in which participants were performed pro-environmental tasks.

One set of participants were offered competition-based approach, being told they were part of a contest and could, for example, win a prize if they saved the most electricity in their neighbourhood.

On the other hand, methods based on giving norms-based information about other people’s attitudes resulted in behaviour changes that were more long-lasting.

“A group tested using a competition-based method saved a lot of electricity initially, but after a week, their consumption was back at original levels,” says Bergquist.

“In the second group, with a norm-based method of influence, electricity consumption fell slower than in the ‘competition’ group. And here we also saw that the participants saved electricity for a long period of time.”

Bergquist’s research into the most effective climate behaviour influence methods also showed that norm-based methods appear to have a “spillover” effect.

“If you reduce electricity consumption, you might also start saving water, for example. This effect is not seen in competition-based methods,” Bergquist explains.

The Swede also found that not all social norms affect people’s behaviour to the same degree.

“A psychological explanation could be that people interpret others disapproval as they want to reduce the risk of something negative while others' active choices are interpreted as seeing a chance for something positive,” says Magnus Bergquist.

“And generally, people are more likely to avoid risks than taking chances.”

While Bergquist’s findings come from only one study, they may nevertheless be useful for policymakers in Sweden thinking about how to best encourages the public to choose behaviours that will help the country maintain its position as a leader in proactively combating climate change.

“The accelerating pace of climate change is jeopardising our future and that of our children. The relentless accumulation of greenhouse gases in the atmosphere must be stopped and rising global temperatures halted,” warns Stockholm Mayor Karin Wingårdh.

“Collaboration with residents, industry and commerce, academics and the regional forums and international contexts in which the city participates is essential to achieve the goals we have set.”