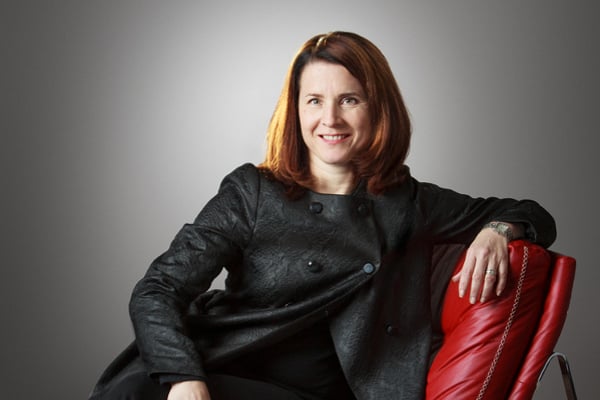 Pettersson realized that there aren't many opportunities for English-language writers, editors, and agents to meet up in Sweden, where she moved to from Chicago twenty years ago, so she decided to create her own. She launched the Stockholm Writers' Festival, a three-day conference to help emerging authors on their way to publication, including through a literary prize for unpublished writers.

She gets her inspiration from similar events she has attended. “I am someone who understands that as a writer getting inside the system is really tough, and festivals and workshops and events really help a lot,” she explains. “They give you contacts, they give you the craft, they put you in touch with your people, so to speak. I feel like I've grown so much over the years just by attending festivals.”

But she always had to travel to attend these events: “The idea for me was: 'why do I have to keep travelling?' I was going to the US, attended a wonderful Midwest Writers' Workshop, which we modelled a lot of this event on, and I'll continue to travel to it, but I thought there should be something in this market, of all the markets, given how bilingual Sweden is.”

To organize the event, Pettersson is making use of her extensive network. It started with getting a venue: she used to teach marketing at the Berghs School of Communication and, thanks to her contacts, is able to hold the festival there.

Finding speakers is a similar story, she tells The Local: “We have people like Derek Miller, who's an amazing writer who lives in Oslo. Two of my writer friends were just big fans of his and had been writing to him and that's how we got the entrée there. Lola Åkerström, who wrote a book called Lagom, which has been a huge sort of zeitgeist nonfiction, one of our faculty members knew her. So, it's this really rich network.”


Catherine Pettersson at the Berghs School of Communication. Photo: Private

She sometimes took a more direct approach. “Katarina Bivald, who is a Swedish writer who has had a NYT bestseller in English, she's gonna be with us and I just contacted her on Facebook. And some of the agents… Brooks Sherman, I just walked up to him at Midwest Writer's Workshop and asked him if he would be interested in his client coming and he said 'yeah, and I'd be interested too'.”

That, to her, has been the easy part. The hard part? “Getting money!” she answers immediately.

“In some ways I understand why people who give culture grants don't want to fund a one-year startup, because they don't know if you can do it. So, our intent is to be successful the first year, and I think it will be very successful, and to scale up and build that confidence in the market so that the different grants that are available locally will come our way. That's the hope right now and I think that we need to have year one behind us.”

As a marketing professional, she has been a writer her whole career, but she has also written five novels since taking up creative writing 16 years ago. Though unpublished, her fiction has helped her find a community of writers.

“I started writing the typical first novel, which is kind of semi-autobiographical, and luckily found this amazing writers' group, which has been in Stockholm for more than 20 years, the Stockholm Writers' Group”, she explains. “I found the group through the American Women's Club. When it started, it was actually originated from the American Women's Club. It's not really about just women any more, it has since evolved, but that was the heart, or the origin story, of Stockholm Writers' Group.”

Established in 1994, the Stockholm Writers' Group meets every other week to critique each other's work. The number of core members is limited to 12, all English speakers. “Like the Apostles,” Pettersson jokes. The group has been not only a useful way to get feedback on her writing but also an invaluable source of support to her.

When she joined the group in 2001, Pettersson had already been living in Stockholm for a few years. But her own Swedish adventure started on a flight between Chicago and Boston. On the plane, she started talking to the man sitting next to her.

“He asked 'can you guess where I'm from?' and I said Sweden, because I was on a media tour for a Swedish company, so I knew the accent”, she recalls. “He was really impressed, and we talked the whole time, and three days later we were on the same flight coming back. And that was my husband!”

They got married, but he had a daughter in Sweden and always intended his stay in America to be temporary, so they moved to Stockholm two years later. “My mother thought he was dating me to get a green card, so I guess I showed her!” Pettersson, who is now a Swedish citizen, says, laughing. “It's definitely my home. I love it here.”