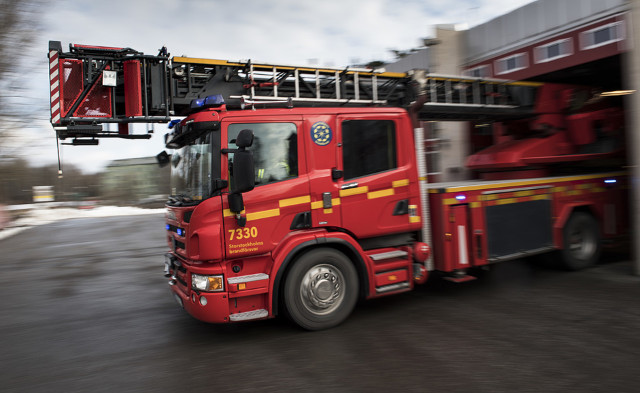 The alarm was raised over the fire in Nykvarn at 6am on Tuesday, and when emergency services arrived the blaze was so powerful they were forced to focus on containing it from spreading to nearby buildings.

“It's fully ablaze so it can only be monitored outside now. We can't do anything,” Pelle Delhage, operations head at Södertörn Fire Department told news agency TT.

Two people managed to get out of the house, but as many as two are believed to still be inside according to the police and fire service.

“They haven't been found, we fear two people are still inside,” Delhage said.

One person has been taken to hospital with serious burns. By 8.30 local emergency services said the building had largely burned to the ground.

Police said a technical examination of the building needs to be carried out before the number of people left inside can be confirmed, but it is unlikely that will be able to happen before Wednesday.