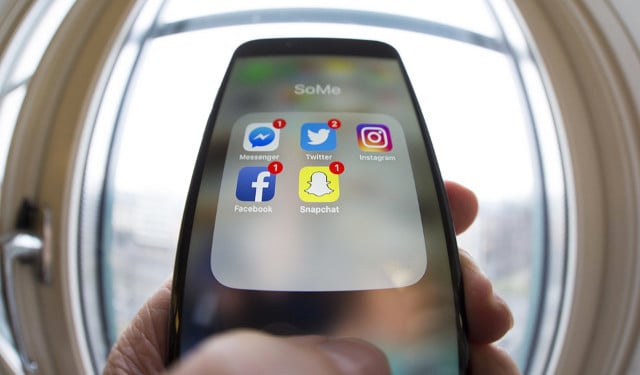 A new Swedish survey looks at the impact of social media on self-esteem among teens. Photo: Håkon Larsen Mosvold/NTB Scanpix/TT

Nine out of ten young people participating in the survey said social media is important to them, but a quarter of girls also said that their self-esteem gets worse the longer they spend using it, according to the study commissioned by four Swedish county insurance firms.

The survey allowed youngsters to anonymously respond to questions online, and 4,000 did so. A third said they spend at least three hours a day using social media, while 14 percent use it for more than six hours each day.

More than half (56 percent) of girls and more than a third (38 percent) of boys said they are given the impression that other people have more exciting and fun lives than they do. Almost half of all youngsters participating said they do not feel satisfied with their bodies compared to others on social media.

“I don't like taking pictures of myself because I don't like my appearance, and when I then see other more popular and attractive people posting pictures and getting so many positive comments and likes it makes me feel like I'm not pretty enough for society, and that's not a good feeling,” one 15-year-old girl responded.

A gender difference appeared when self-esteem was looked at: while a quarter (23 percent) of girls said their self-esteem worsens when they use a lot of social media, among boys the figure was 13 percent.

“I honestly have felt many times that social media has taken over my life, and I want to stop using it entirely, but I haven't had the courage to because I'm worried what people would think,” a 14-year-old girl wrote.

A third of the girls (33 percent) said other people had written things on social media that had made them sad or insulted. For boys the number was 22 percent.