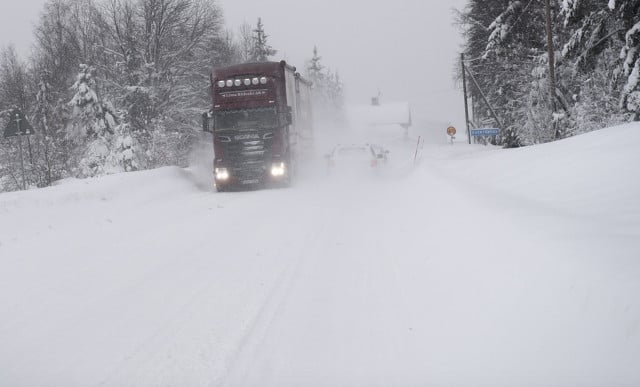 National weather agency SMHI has class one warnings (the least serious on a scale from one to three) in place for most parts of the country. In the north, snow is expected to be the biggest problem.

“There's an area of of snowfall moving north over northern Norrland. It has snowed quite strongly, during the night it filled up by some decimetres. It continued to snow here throughout the entire night,” SMHI meteorologist Tobias Palmblad explained to news agency TT.

Further south, ice patches are the biggest challenge, with rain and snow in southern Norrland and Svealand mixing and freezing when they hit cold surfaces.

“From the early morning it could freeze and cause stops in morning traffic,” Palmblad warned. Warnings for ice patches are in place for Värmland, Dalarna and Gävleborg all the way north to Västernorrland.

And in the south of Sweden, strong winds are an issue, moving from north-western Götaland over Örebro and Västmanland as well as elsewhere. The gales are expected to continue throughout Thursday morning.

“General caution applies, it's blowing at over 21 metre per second in villages, and trees and branches could be broken. It’s good to be aware that it’s a bit windy,” Palmblad advised.

The Swedish Transport Agency also warns that strong winds on the E6 highway could impact the Svinesund and Uddevalla bridges. The latter was temporarily closed in both directions overnight.