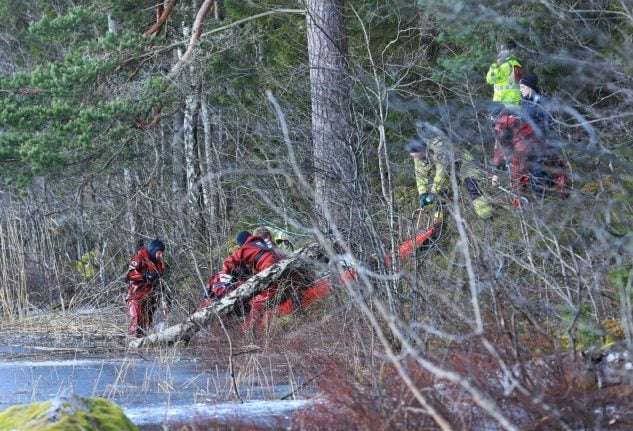 Emergency service were alerted shortly before 12pm after two people were seen floating lifeless in a hole in the ice, reports TT.

A hovercraft and other response units from a number of stations are reported to have been called to the scene.

“All we know is that there were two people who are not showing any sign of life and we have responded based on that,” Ulf Kron, commanding officer with the emergency services, initially told TT.

Around an hour after the alarm was raised, rescuers pulled the men out of the lake. Police later confirmed via their website that both men had died.

They are reported to have been ice skating when they fell through the ice on the lake's surface, writes TT.

Relatives of the two men have been notified, police confirmed.

Divers were called to the scene to determine whether other people had fallen into the water, but emergency services found no evidence that anyone else was involved in the accident.