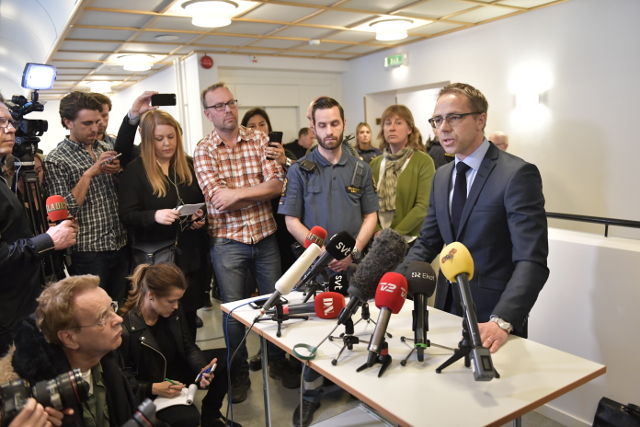 Akilov has confessed to driving the truck on Drottninggatan in Stockholm last spring in an attack that killed five people and injured many more. But much remains unknown about the Uzbek national.

Some of those questions may be answered when the preliminary investigation is released to the public for the first time on Tuesday, when prosecutor Hans Ihrman formally charges Akilov.

Sweden's prosecution authority had previously said charges would be brought against Akilov by January 23rd, but Ihrman was granted a week's extension.

The huge document – approximately 9,000 pages – contains interrogations with witnesses and Akilov himself, as well as information about forensic evidence, which could reveal more details about his plans.

“What has he said in interrogations? What were his movements before he got into the truck? What's his network of contacts in Sweden? We know very little about Akilov,” terror researcher Magnus Ranstorp told the TT news agency on Monday.

Before the attack, Akilov had gone underground to hide from authorities after his application for asylum was rejected. But little has been revealed about how prosecutors believe he was radicalized.

“Are there connections to IS (Isis), or another group?” said Ranstorp.

Not all questions will however be answered. Parts of the preliminary investigation are expected to remain confidential – for example pictures of victims in order to safeguard their integrity, intelligence supplied by other states and information about potential foreign contacts Akilov may have had.

Akilov is the only suspect in the case, but there are around 150 plaintiffs including victims, family members and others affected by the attack.