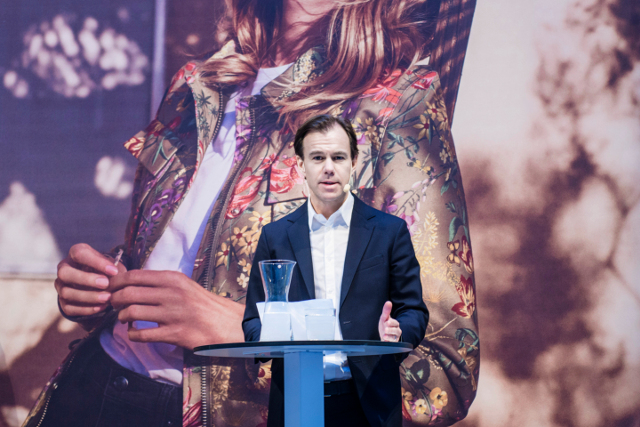 Reporting a 13 percent drop in its net profit for the 12 months to November, H&M said its bricks-and-mortar stores were fast losing customers while it struggled to boost its online sales to make up for the shortfall.

The company's shares were down by nearly seven percent in mid-session business on the Stockholm stock exchange, taking their decline over the past 12 months to just under 42 percent.

“Our performance during 2017 was mixed, with progress in some areas but also difficulties in others,” CEO Karl-Johan Persson said in a statement, adding that sales growth was “clearly below our expectations”.

Persson said his company's performance had to be “seen in the wider context of the transformation that the industry is going through”, but admitted that it needed “to accelerate” its coping strategy.

“Our online sales and our newer brands performed well but the weakness was in H&M's physical stores where the changes in customer behaviour are being felt most strongly and footfall has reduced with more sales online,” he said.

“All in all, we feel 2017 was a year when we made more steps forward and did more groundwork for the future, but we have also made some mistakes that have slowed us down. The industry changes are challenging everyone and this will continue in 2018,” Persson added.

“The new fashion landscape requires skills and resources to adapt and seize the new opportunities. In particular the ability to take a long-term view and to navigate through some inevitable turbulence. By long-term investments, we have built a solid platform for many years of continued growth.”

Sales dropped in Germany, the company's biggest market, Britain and the Netherlands, but rose in its number-two market the United States, as well as in France, China and Sweden.

The Swedish company runs 4,500 physical outlets across the world and plans to open 390 stores more and close 170.